Yes, You Can Freeze Coconut Milk – Here’s How!

Food waste. How do I hate thee? Let me count the ways.

Well, for a start, food waste is a huge issue. In fact, food production is one of the biggest contributors to climate change. So much so, that about one-third of greenhouse emissions globally come from agriculture.

Despite this, both at the household level and at the manufacturing level, we are very wasteful when it comes to food. 30% of the food we produce is wasted – about 1.8 billion tonnes of it a year. So much so, that it has been estimated that if food waste was a country, it would be the third-highest emitter of greenhouse gases after the US and China.  Isn’t that terrifying?

I’m of the firm belief that when it comes to food waste, every little action we can do to reduce food waste helps reduce greenhouse gas emissions, so that’s why small steps, like using your freezer to help eliminate food waste is a great step forward. Therefore, let me show you how to freeze coconut milk.

I use a bit of coconut milk in my cooking – like in this vegan lime and coconut curry (one of my favourites!). However, many recipes call for just half a tin can of coconut milk. I had been decanting the leftover coconut milk into a glass jar and then popping that into the fridge. When we’re organised, there’s no waste. For example, I always plan to make something like this vegan macaro-no-cheese the next day to use up the remainder of the can of milk before it goes off. However, sometimes life happens, and the coconut milk doesn’t get used in time.

What to do? Freeze your leftover coconut milk! Yes, you can do that – here’s how!

How To Freeze Canned Coconut Milk

The good news is that is incredibly easy to freeze canned coconut milk.

There are two different methods, depending on how you tend to use canned coconut milk.

If you use canned coconut milk for cooking, and you have enough left over to make one of your favourite dishes that contain coconut milk, then you can put the leftover milk straight into a tub or jar (here’s the best way to freeze food in glass jars to avoid breakages). Then pop your tub or jar straight into the freezer.

If you use coconut milk in smaller quantities, for example, for making a sauce or for adding to a smoothie, then I’ve got a more efficient technique for you.

Similar to my technique for freezing oat milk, I swear by the ice-cube tray method.

Simply pour the coconut milk into an ice-cube tray and stick it in the freezer. Once frozen you can then decant the frozen ice cubes into a tub or bag in your freezer for when you need them.

You can use frozen coconut milk in a couple of ways.

If your coconut milk is in a jar or a tub, then it’s best to defrost your milk before use. I defrost mine in the fridge about 24 hours before I plan to use it.

If you used the ice-cube tray method, then there’s no need to defrost. Simply drop the desired number of cubes into your cooking, or into your blender if you’re making a smoothie.

How Long Can You Freeze Canned Coconut Milk For?

Frozen canned coconut lasts for around 3 months in the freezer. I find labelling and dating your container before placing it in the freezer helps reduce food waste further. This means no scratching your head over what the contents of your tub are, or just how long it’s been languishing there for.

What About Cartons of Coconut Milk?

You can freeze unfinished cartons of coconut milk too. For cartons of coconut milk, I prefer the ice cube tray method. This is because defrosted coconut milk can separate and have a grainy texture, so it’s not so great to drink or have on your cereal. I find it works best when cooking or whizzed up in a smoothie. Again, there’s no need to defrost the coconut milk – simply drop the ice-cubes into the sauce that you are making, or drop it straight into the blender.

What to do With Leftover Wine 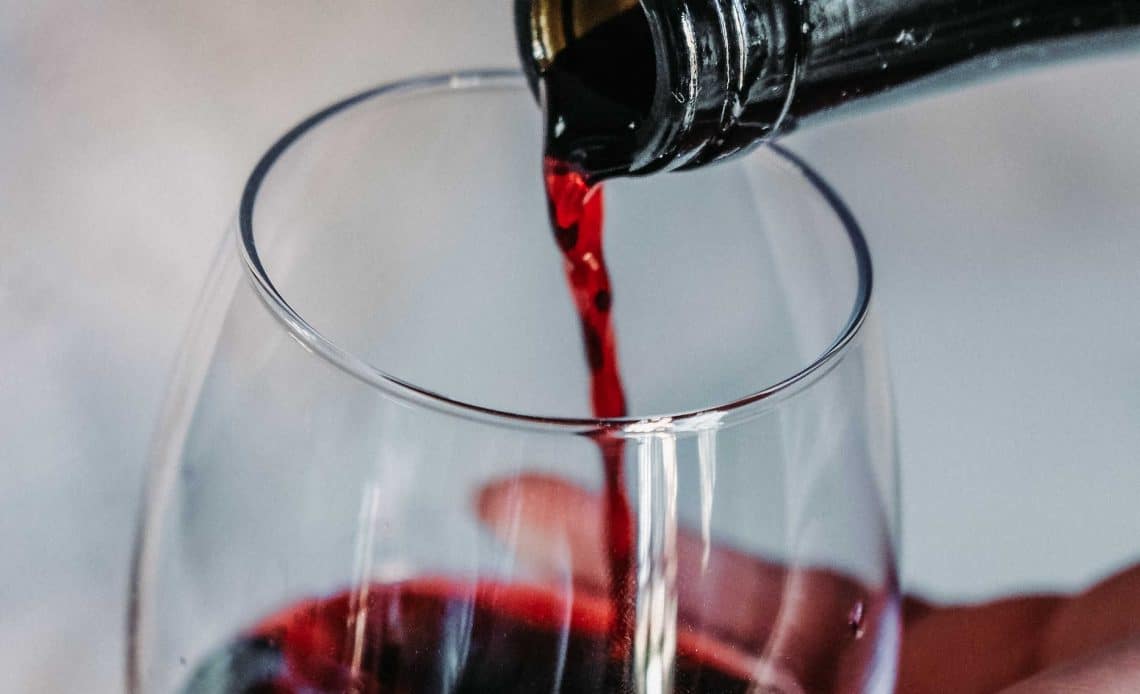 I’ll admit, the question, what to do with leftover wine, doesn’t really pass my lips very often. However, I have found myself asking that question with greater frequency this year, as gatherings with friends and family have been curtailed.

As the only one in my household who likes wine, a whole bottle of red wine is not something I can drink by myself in one sitting. In younger years, oh yes, with abandon! But now, my head aches in advance at the mere thought of drinking a whole bottle. I try so very hard (so hard!) not to waste wine, but sometimes it just can’t be helped.

Is Wine Waste A Problem?

The thing is wine waste is a surprisingly large problem. According to research by UK wine merchant Laithwaites, the average British household throws away around two glasses of wine a week on average. This is the equivalent of 624m bottles nationally, which is enough to fill 333 Olympic-sized swimming pools.

Whilst the carbon footprint of producing and transport wine is hard to calculate, it undoubtedly does have a footprint. See this guide to ethical wine for help choosing a better bottle. Ethics aside, it’s also important to minimise food waste where we can.

How long does wine last for once opened?

First off, it’s important to know how long opened wine can be stored for, before going bad. As a student I used to work in bars and so the following guide is imprinted in my brain:

In all cases, make sure you replace the cork, lid if it’s a screw top, or use a bottle stop.

What to do with leftover wine?

If you can’t drink your wine before it goes off – which you’ll know by that classic vinegar smell and taste – then here are some ideas with what to do with leftover wine.

One of the best ways to use leftover wine is to pour it into ice cube trays or muffin trays and freeze it to use in future recipes, such as stews, sauces, or bolognese.

Once frozen, you can pop them out into a container for storage, and then use them in recipes that call for a small quantity of wine. Bear in the mind that because of the alcohol content of the wine, the frozen cubes of wine won’t be as hard as standard ice-cubes made of water. However, they will be solid enough to transfer into a tub or bag.

If you’re planning on cooking with wine straight away then skip the freezing, and proceed straight to cooking. Leftover wine is great way to add flavour to your cooking. Here are five vegan recipes that call for wine:

This recipe for red wine braised lentils from Give It Some Thyme is another great autumnal dish.

Finally, hankering after something sweet? These vegan brownies are made with red wine for added flavour.

Any other tips or recipes for using up leftover wine? Do share with Moral Fibres readers in the comments below. And find more food waste tips this way.