Can You Freeze Oat Milk? 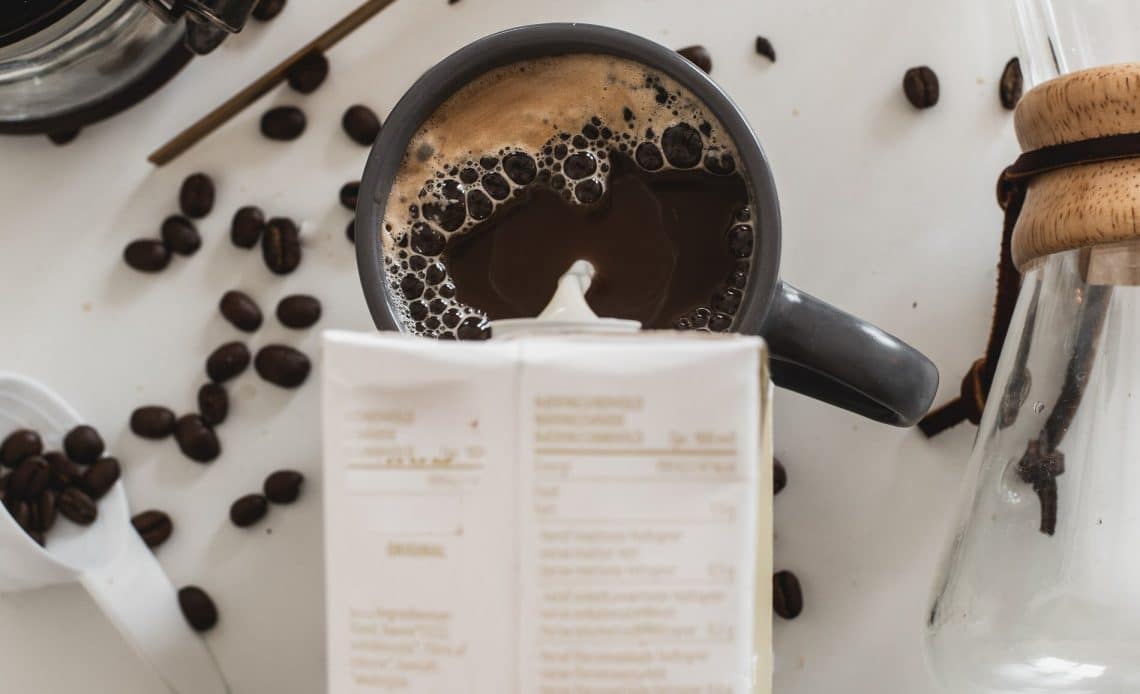 Can you freeze oat milk? That is the burning question we all want to know the answer to!

As such, we drink lots of oat milk in our house. Whilst we almost always finish an opened carton of oat milk, on the odd occasion when we are going away somewhere for a few days and can’t take the milk with us poses a problem.

In those instances, it feels wrong to pour perfectly good oat milk down the drain, so I have looked for ways to preserve my precious oaty goodness.

Yes, You Can Freeze Oat Milk!

Good news: it turns out that yes, you can freeze oat milk.

Oat milk settles in the freezing process, so it can be a little grainy when you defrost it, however, it’s completely fine to use. Due to the graininess, I personally would not use defrosted oat milk in my tea, coffee, or cereal. However, when heated up you don’t notice the graininess, and it’s great for use in cooking.

For that reason, I tend to freeze oat milk in an ice-cube tray so I have pre-portioned sizes of frozen milk on hand that I add directly to sauces. Pre-portioning the milk before freezing also means you can add it to your cooking without the need to defrost the milk beforehand.

Frozen cubes can also be added to smoothies. Because you’re blending the smoothie, this means you won’t detect any graininess.

I’ve also found that Oatly Barista Milk separates when it’s frozen – it’s made with rapeseed oil so the oil tends to rise to the top. However, giving it a good mix when you are cooking sorts that all out.

I use a plastic ice-cube tray because I’ve had it forever, and binning it and replacing it with a metal ice-cube tray is not in any way sustainable. However, if you don’t have an ice-cube tray you can get lovely metal ones*.

Your oat milk should be good for up to three months in the freezer.

I had tried freezing milk in jars, but unless your recipe calls for a lot of milk then I’ve found the milk just languished in my fridge for too long. The last time I tried this method we ended up having to pour a jar of milk down the drain as nobody wanted it in their cup of tea, so ice-cube trays all the way now!

Never refreeze already defrosted oat milk, and as always, make sure your milk hasn’t expired before freezing it.

What About Freezing Soy Milk Or Any Other Type of Non-Dairy Milk?

All other types of no-dairy milk (and regular cows milk) can be frozen. Again, they might go grainy like oat milk, or may lose some of their texture or taste, so I’d always recommend the ice-cube tray method.

It goes without saying that Britain is a nation of beer lovers, with 8.5 billion pints of beer sold in the UK in 2018.

As someone who enjoys the occasional beer, I was over the moon to hear about South Bermondsey based craft brewers Small Beer. As well as producing great tasting vegan low alcohol ‘small’ beers, they have ingeniously designed a brewing system that requires just 1 ½ pints of water to brew one pint of Small Beer.

How has Small Beer managed to save so much water? In most commercial breweries, waste products are drained on to the floor, which is then hosed down the drain.⁠ Instead, Small Beer operates differently – with the country’s only ‘Dry Floor’ policy that saves hundreds of litres of water every day.

So much so, that since their first commercial brew in 2017, Small Beer says they’ve saved 1.4 million litres of water.

Why Stop At Saving Water?

Small Beer hasn’t just stopped at saving water. All aspects of sustainability have been considered. From the obvious, such as the beer labels, boxes, and business cards being made from 100% recycled materials; to the other sustainability aspects that are often overlooked, like the efficiency of their packaging.

You see, all Small Beers are packaged in stubby bottles because their design allows 672 litres of beer to fit on one pallet vs. the usual 480 litres. This helps them to reduce their carbon footprint by maximising the volume of stock per delivery. This is the kind of thinking that really impresses me.

Zero-waste principles are also employed. Spent grain is delivered to a partner farm, for use as feed for cows. Even their grain sacks, which their malt supplier can’t refill, are donated to BOST, a social and environmental charity, based locally, who use them for storing and moving gardening materials across their neighbourhood programmes.⁠

Small Beer has been recognised by their ethical production and responsible brewing practices, by, in 2019, becoming London’s first B-CORP™ certified brewery. This is a certification that recognises businesses that meet the highest standards of verified social and environmental performance, public transparency, and legal accountability, and help build a more inclusive and sustainable economy.

Of course, as Small Beer themselves say: “We’re not a ‘sustainable beer’. We’re a great tasting beer that brews with our world in mind“.

Impressed by Small Beer’s eco-credentials, and intrigued by low-alcohol beer, my partner and I sampled a few of Small Beer’s selection to test them on their taste claims. I know, I know, it’s a tough job, but somebody has to do it!

I always imagined low-alcohol beer to taste quite watery, but this was definitely not the case with Small Beer – each beer is ram-packed full of flavour. We were blown away by the Dark Lager, which was hands down our favourite, with its hints of chocolate and coffee.  The refreshing citrus flavours of the Session Pale came a close second, however, we certainly wouldn’t turn down the Steam or Lager if offered!

As well as the flavour, what we really appreciated, being people that, let’s just say, are not in their twenties, or, ahem, thirties anymore, is that you can (responsibly) enjoy a few great tasting craft beers of an evening, and not have a sore head in the morning. All the joy, and none of the consequences!