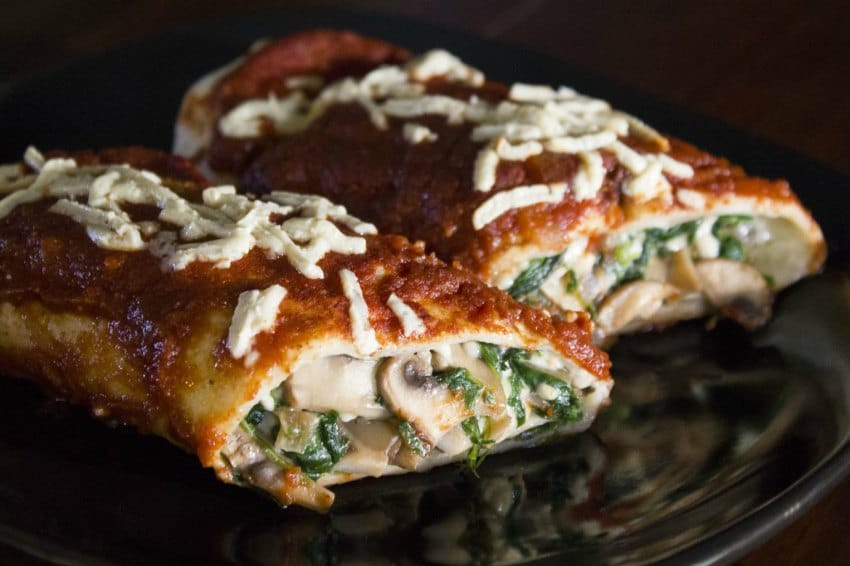 Today I thought I’d share with you five vegan dinner ideas, in case you are looking for some Veganuary inspiration, or are just looking to reduce your meat consumption (no judgement here).

Here are five vegan dinner ideas that I have bookmarked to make.  Do also share your favourites with me!

These vegan Mediterranean Baked Sweet Potatoes from the Minimalist Baker look so delicious and so filling!

Likewise, this 30-minute vegan coconut curry, also from The Minimalist Baker, looks so tasty.  I’ve bookmarked this one as an easy midweek meal that comes together quickly.

I had something similar to this Vegan Portobello Wellington from Virtually Vegan Mama at a restaurant a few months ago and I haven’t been able to stop thinking about it.  I will need to give this a go ASAP! The recipe for this 30 minute Pho soup, from Oh My Veggies, isn’t vegan.  However, it’s an easy swap. If you simply switch the butter for vegan butter then it’s all vegan!  Make sure you buy rice or soba noodles rather than egg noodles.  If in doubt check the back of the packet.  And if soup is your thing, then I have a ton of other soup recipes this way.

These vegan mushroom and spinach enchiladas from Binary Vegan are made with vegan mozzarella.  I can’t wait to give this vegan dinner idea a go!

And for more inspiration, I’ve also got 25 vegan and vegetarian slow cooker recipes too!  Don’t worry, I haven’t forgotten about dessert.  Here are a simple vegan banana ice-cream recipe and six vegan cake recipes for you too!

And do also check out my vegan Quorn recipes.  This lime and coconut curry is a great midweek choice that comes together quickly in one pot, whilst this creamy Quorn in Mediterranean pesto sauce is another great vegan dinner option.

Fruit and Vegetables in Season in April 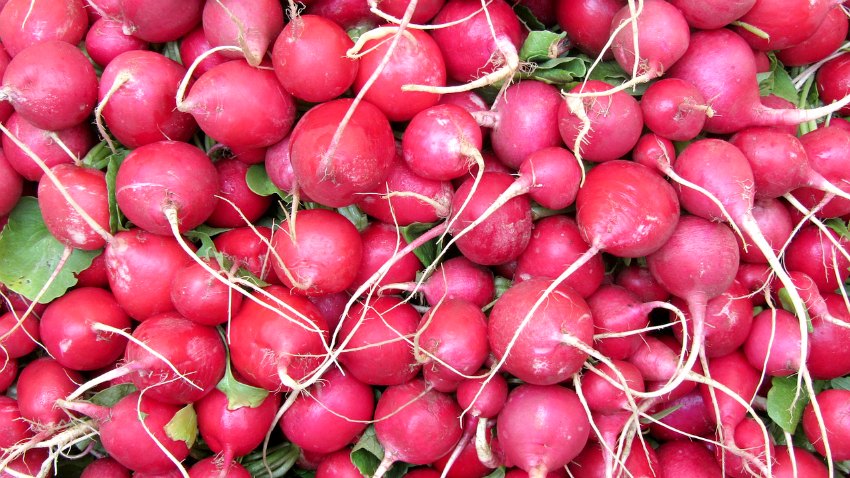 What to know which fruit and vegetables are in season in April? Find out here!

Aah, April!  We’re finally out of winter, and have a full month of spring ahead of us – yippee!

British seasonal fruit and vegetables are still a bit thin on the ground this month. This is because April falls in the hungry gap.

The hungry gap is the period in spring when there is very little by way of fresh produce to harvest. In fact, April is the hardest month of the year for growers, because there is so little to harvest. The winter root vegetables are on their way out, and fresh produce doesn’t tend to be ready to harvest until May at the very earliest.

However, it’s not all doom and gloom. There are still a few old favourite fruit and vegetables in season in April to keep us going through the month.  And there’s the addition of some spring delights – radishes, cucumbers, spring onions, and even some herbs this month to cheer up our plates!  And, finally this forager’s favourite – wild nettles!

If you’ve not tried nettle before, it’s similar in taste to spinach. And once you boil it there’s no danger of stinging – I promise!!  Give it a go this month – maybe start with this wild nettle pesto recipe?  And let me know how you get on!

As before, I’ve included all of the information below in a free printable, without images. This is to make life easier for you when you’re out shopping for seasonal produce, or meal planning.  Grab the free fruit and vegetables in season in April printable here!

The Fruit In Season In April

The Vegetables In Season In April The Herbs to Buy Now

Enjoy April – eat well and eat seasonally!  And don’t forget to download your printable on the fruit and vegetables in season in April!