Fruit and Vegetables in Season in June 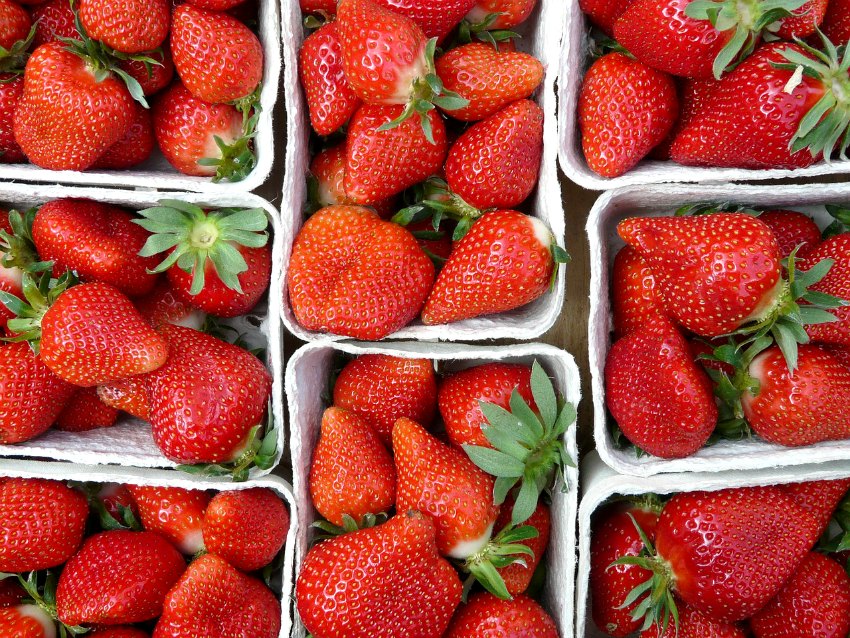 June has come round so quickly, don’t you think?  It doesn’t seem like all that long ago I shared what UK fruits and vegetables are in season in May, and here I am sharing what’s in season in June!

I always find June such an exciting time, food wise.  A lot of the nice soft fruit is coming into season (hello strawberries!) and there’s such a wide array of lovely British vegetables in season.  Peas and broad beans are at their very best in June, so if you’re growing your own make sure you get out and get picking!

Even if you’re not growing your own, here’s what fruit, vegetables and herbs are in season in June so you know what to look out for at the shops.  You can also download this guide as a printer-friendly shopping list – download the PDF here for free: Fruit and Vegetables in Season in June.

Fruit In Season In June

Strawberries (this strawberry and basil cocktail is highly recommended!)

Vegetables In Season In June

Herbs In Season In June

The eagle-eyed among you will notice I’ve been quite loose with my interpretation of what constitutes as fruit and what constitutes as vegetables.  Rather than get all botanical, and classify tomatoes, cucumbers, peas, etc, as fruit (as that is what they actually are),  I’ve gone with the popular classification choice!  I hope no-one minds!  I’ve also snuck in some herbs for you this month too!  Don’t say I’m not good to you!

What’s on your menu this month? 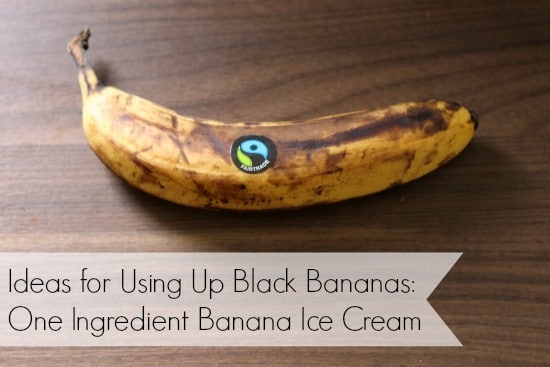 Last year I shared a really easy way to use up black bananas with these delicious three ingredient cookies.  I’ve been keen to find more easy ways to use up black bananas and earlier this year came across easy one ingredient vegan banana ice cream on the Kitchn blog.  I had to give it a go – not only is it vegan, gluten free and a healthy ice cream alternative – but it sounded to good to be true that you could make delicious ice cream from just a banana!

To make your one ingredient vegan banana ice cream simply place a frozen banana in a blender or food processor, and give it a whizz for a minute or two until smooth and creamy.  That’s all there is to it! Now, no whatever anyone says on the internet, the taste is not exactly like ice-cream.  Instead it tastes like a healthy vegan banana ice cream, without anything bad for you in it.  Which is no bad thing if you’re looking for a healthy treat.  But as for trying to convince yourself that it tastes just like full-fat sugar laden ice cream?  I’m afraid that’s not going to happen.  Even my toddler could tell the difference!  But accepting it for what it is as a healthy dessert?  It’s delicious! 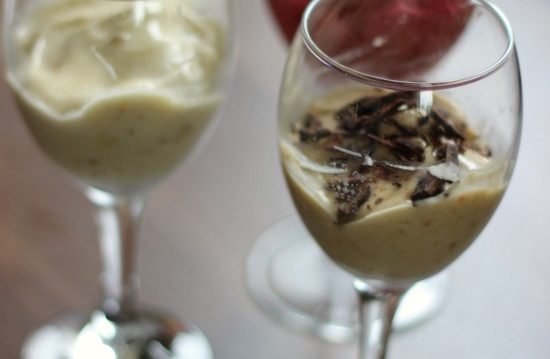 I’ve also been trying out some vegan banana ice cream variations.  My favourite one is berry banana ice cream – just remove a large handful of frozen berries from the freezer and leave them again for 15-20 minutes prior to blending.  Blend your banana and berries together until you’ve got a smooth consistency again. Another favourite is the less healthy but still vegan peanut butter, dark chocolate and banana ice cream.  Simply add a teaspoon (or more if you like it extra nutty) of peanut butter to the blender along with your banana, and off you go!  Slice up a square of dark chocolate into small slithers and sprinkle over the top for a decadent treat! ps: the ice creams were completely impossible to photograph!  They start to melt so quickly after blending, and my daughter woke up from her nap earlier than expected and was demanding ice-cream whilst trying to get these shots!  Though you might appreciate these behind the scenes look into food blogging!