Four of the Best Soy Candles 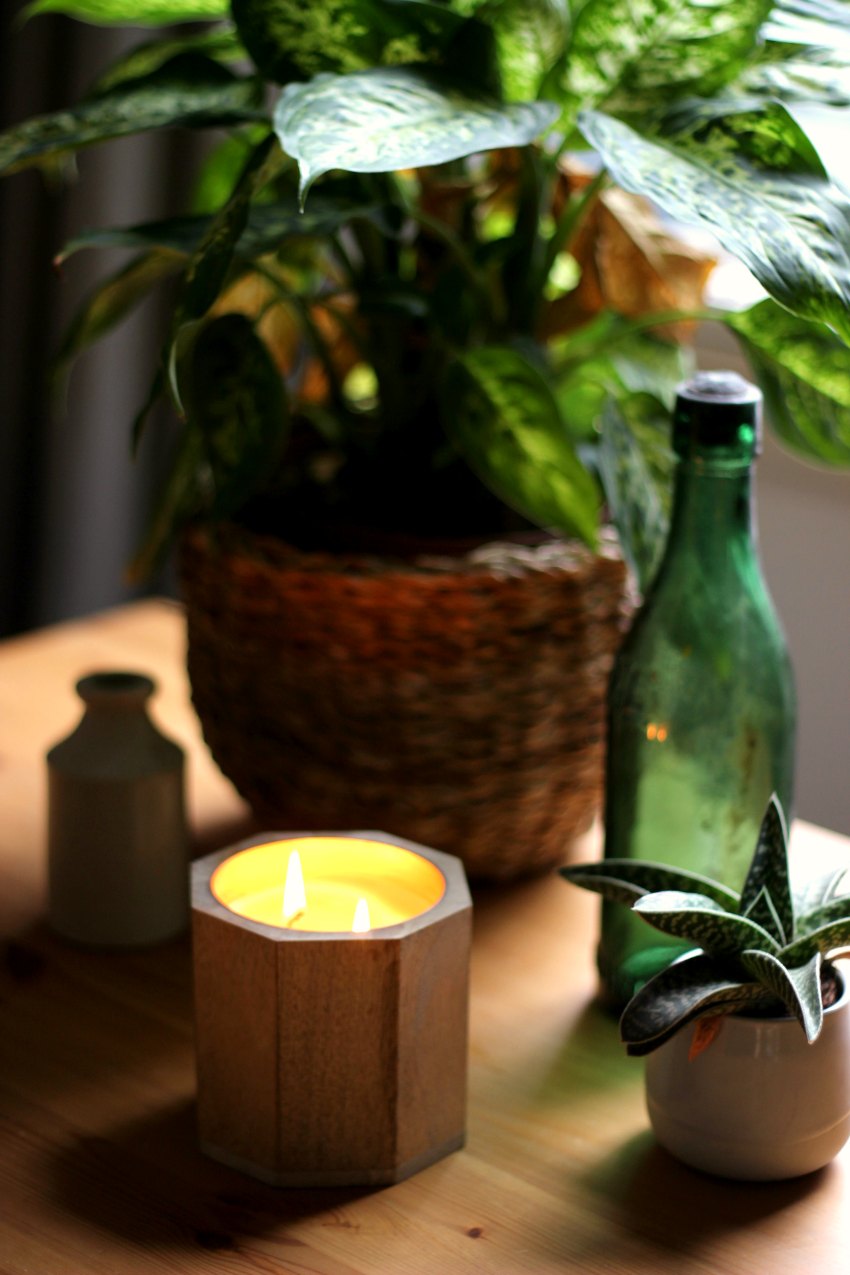 I love candles.  On a dark night there’s nothing better than closing the curtains, dimming the lights and lighting some soy or beeswax candles to create a lovely relaxing atmosphere.

Standard candles I don’t love so much.  Standard candles are made from paraffin wax – a petroleum by-product that is made when crude oil is refined into petrol, which affects your indoor air quality when you burn them.  And that’s before we’ve even covered the artificial fragrances contained in candles, which can hide a cocktail of particularly undesirable chemicals.

Soy candles are made from soy wax – a vegetable wax made from the oil of soy beans, so are petroleum free, and the very best soy candles are also fragranced with pure essential oils rather than artificial fragrance.

I’ve tried a lot of candles in my time – here are four of the best soy candles in case you’re in the market for some candles.  Or maybe you’re like me and candles are your fail safe thing to buy for people who are really hard to buy for!

Four of the Best Soy Candles Paddy Wax soy candles, available online from Rooi, are one of my long standing favourites.  I’m currently burning the redwood amber candle, which has a lovely sweet yet earthy scent (derived from essential oils) that  I find hard pushed to describe.

Paddy Wax candles are a little more strongly scented than other scented soy candles I have tried.  I find that a good thing when you are trying to fragrance a larger area, such as a living room, however they may be a bit overpowering in a small bathroom, for example.  Save your Paddy Wax candle for fragrance purposes, rather than mood lighting when you’re in the bath!

What I love most about Paddy Wax are that the candles come in a wide variety of holders.   I have had a few of the recycled bottle and apothecary jar candles in the past, and have saved the empty jars for candle making.  Whilst in this instance I have a wooden octagon candle pot that will make a lovely plant pot when the candle is spent.  I’m looking forward to planting a little succulent in this beauty. The Melt Pool soy candles are handmade using soy wax and essential oils, and come in a range of containers – from tins to glass votives and jars, and use recycled packaging where they can

I’ve got the cedarwood candle, with cinnamon cloves and orange which is lovely to light on cold dark nights.  I find the aroma is a bit more delicate than from Paddy Wax candles  but it still gives off a lovely fragrance.  The candles start from £4.95 so make for a good budget friendly option. Isle of Skye Candle Co soy candles are handmade on, as the name suggests, the Isle of Skye, and come in beautiful glass votive jars.   I’ve opted for a three wick candle, but they do have single wick candles.

I have the Wooden Heart candle, which is a blend of tea tree, cedar wood and orange essential oils.  The scent on this one is very delicate and I think this particular one is best suited for lighting purposes, rather than being one that you’d light to help mask cooking smells, for example.  The three wick candle provides a cosy bright light, and would be perfect adorning the table during a romantic candle lit meal. Tiny Candle Co soy candles are hand poured, and made from soy wax and pure essential oils.  I have the pomegranate and fig soy candle, and again find the aroma to be quite a delicate one, so this is my candle of choice when having a long soak in the bath of an evening.

Tiny Candle Co candles make for lovely gifts, as they come packaged in a pretty box tied in ribbon.  No wrapping paper required (aka, my favourite kind of gift!).

Do you have a particular favourite soy candle brand?

PS: you can also make your own beeswax candles.  It’s really easy.  If you’d rather use soy (perhaps you’re vegan?) then simply replace the beeswax with soy flakes to make soy candles.

I received samples of some of these candles for review purposes, but all words and opinions are my own.

AD | Would You Use Wool Bedding? 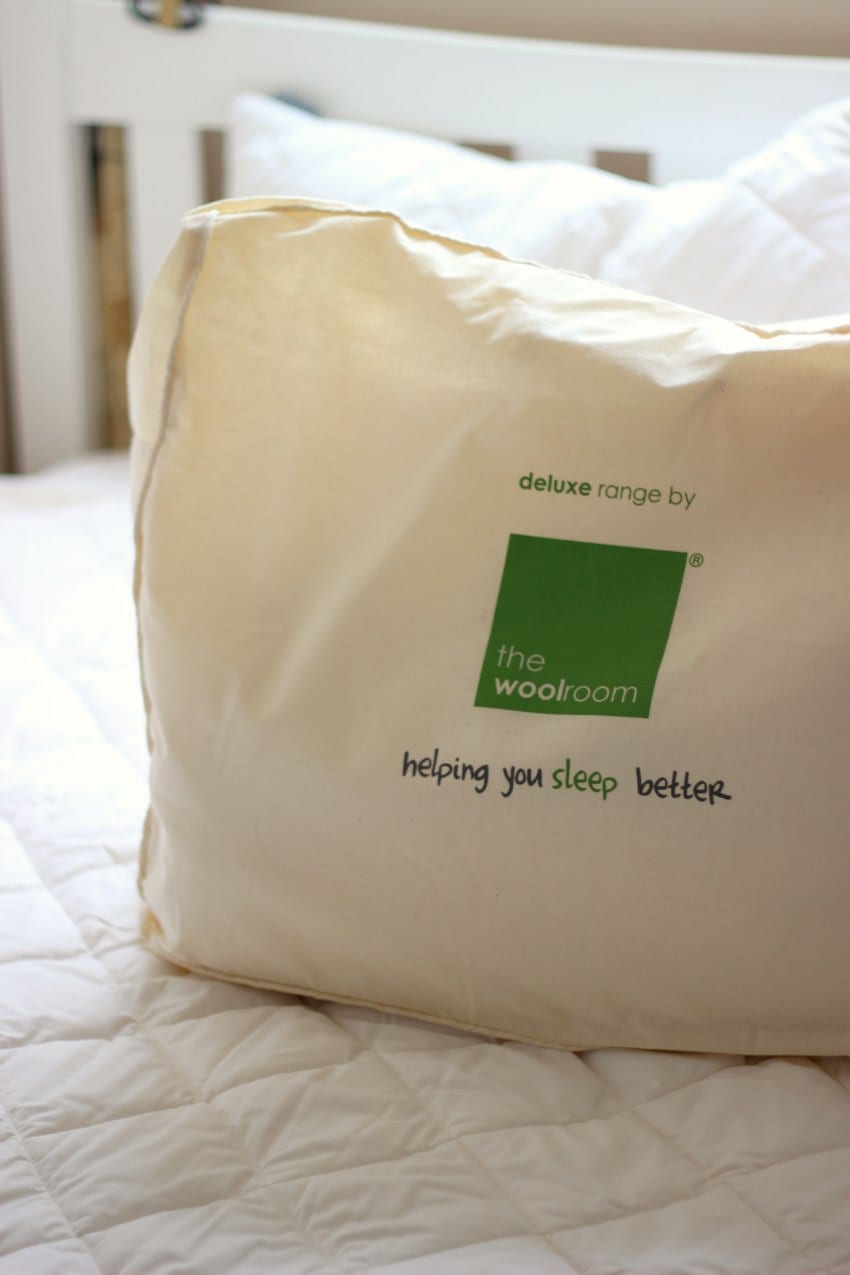 Would you use wool bedding?  Or do you associate wool with being a bit itchy?

The people at woolroom got in touch to see if I would be interested testing out their 100% wool bedding set, and I’ll admit I was dubious about using wool on my bed.  Apart from a woolen blanket draped over our duvet to keep us toasty on cold winters nights it was something I had never considered.

When I looked on their website I was intrigued by the claims of better sleep (what parent of young children doesn’t want better sleep?), and the fact that they only use 100% British wool in their bedding.  Without the use of any synthetic chemicals, this makes woolroom products naturally hypoallergenic as well as naturally flame retardant.  The itch factor was also soon resolved when I realised that all of their products are encased in 100% cotton, keeping you itch free.

Needless to say I took woolroom up on their kind offer.  Soon a woolly parcel was winging it’s way to me, comprising of their mattress protector, an all season duvet, and two pillows, and each encased in it’s own individual cotton bag. The first thing I put on the bed was the wool mattress protector (which has a 100% cotton cover).  We hadn’t been using a mattress protector previously.  I have tried mattress protectors in the past and I found they had a tendency to bunch up or move and they got really annoying to adjust on a regular basis.  The woolroom’s mattress protector is nice and deep, so fits snuggly, and after four week’s trial I can confirm it doesn’t move about.

I wasn’t sure what a mattress protector would do for us, as our new (to us) mattress is pretty amazing.  It’s a standard sprung mattress but is pillow-topped with a memory foam layer.  It is without a doubt the comfiest thing I have ever slept on.  What I hadn’t twigged was that the memory foam was reflecting my body heat, so I quite often woke up in the middle of the night hot and sweaty.  Since using the protector, I feel like I have been waking up less in the night due to being too hot, which I am over the moon about. The next thing we added to the bed was the all season duvet, which again is in a 100% cotton cover.  The wool duvet is in two parts, one lighter one for summer, and one slightly heavier one for autumn and spring.  When the mercury drops in winter you can combine the two duvets via the poppers on each duvet to make one thick duvet for a toasty night’s sleep.

As we’ve been testing it out in August and September, we have only used the lightest tog duvet so far.  My first impressions were that it felt really thin compared to our old duvet, and it isn’t as fluffy or snuggly as a normal duvet, and I wasn’t sure how it would keep us as warm at night.  However after a couple of nights we were more than used to the lovely wool duvet.  Lovely and light, we’ve found on cooler nights it keeps us warm but not too warm, and seems to help regulate our body temperatures on warmer nights, even though I my partner and I like to sleep at different temperatures.

We have a double bed but my top tip is to size up – so we have a king size duvet to avoid fights over the duvet! The last thing we added to the bed were the pillows.  woolroom claim you only need one pillow for a good night’s sleep.  My partner normally sleeps with three quite thick pillows, and I normally sleep with two fairly flat pillows so we were a little skeptical.  I found that one pillow was fine (maybe a little flatter than I would prefer), but as suspected, my partner found it too flat for his pillow based needs.  The good thing with woolroom is that you can order extra wool if your pillow is too flat, which we did – I ordered one bag of wool.  I added three quarters of the bag to my partners pillow and a quarter of the bag to my pillow – which did the trick for both of us.

The pillow is incredible – like sleeping on a fluffy cloud.  And if the pillow isn’t fluffy enough you can open up the pillow, and pull the wool apart to add more air pockets into the pillow.  It’s heavenly.  The filling is held in place in a zippered cotton case so there is no way the filling can escape.

All of the products are machine washable, and the place where I appreciate this the most is the pillows.  I have tried to wash pillows before and what has always happened is that the filling bunches up, with no way to adjust it.  With the woolroom pillows, the pillow zips open and you can adjust the filling after washing.

All in all, I love that woolroom products support British farmers, and wool is an environmentally friendly choice over more synthetic options.  Wool is also a more ethical choice to down filled pillows and duvets.  And while our bed was already comfortable, it has made it even more comfortable, and I do feel I have been sleeping better.  And, no word of a lie, the first night after putting all the bedding on the bed, I managed to oversleep for work the next morning.

If you find you don’t agree then woolroom offer a 30 day money back guarantee when you buy a bedding set, so confident they are of the sleep inducing powers of wool.  Now, if woolroom could do something about the small children that wake us in the night or early in the morning then we’d be completely and utterly sorted!

woolroom provided me with a bedding set for the purpose of this review, and compensated my time spent writing this post, but all words and opinions are my own.