Recently a reader got in touch via the Moral Fibres Facebook page and asked if I could do a post on vegan friendly bags.

I had a little look on the internet, and came across two great designers making really style-conscious vegan friendly bags: Melie Bianco and Missco Girl.

First up are Melie Bianco, designers of  animal-friendly bags which are completely free of the hippie connotations that so often plague the ethical fashion image:

My other find was Missco Girl, a new company who create catwalk inspired animal-friendly vegan bags, that are stylish, functional and of high quality:

Both have stockists worldwide, and in the UK are available through Fashion Conscience.

I love all of these vegan friendly bags – I’d have a hard time narrowing down my choice to just one!

If you’d like me to suggest some eco-friendly items for you, get in touch by leaving a comment below or via Twitter or on the Facebook page, or drop me an e-mail to moralfibres@gmail.com. 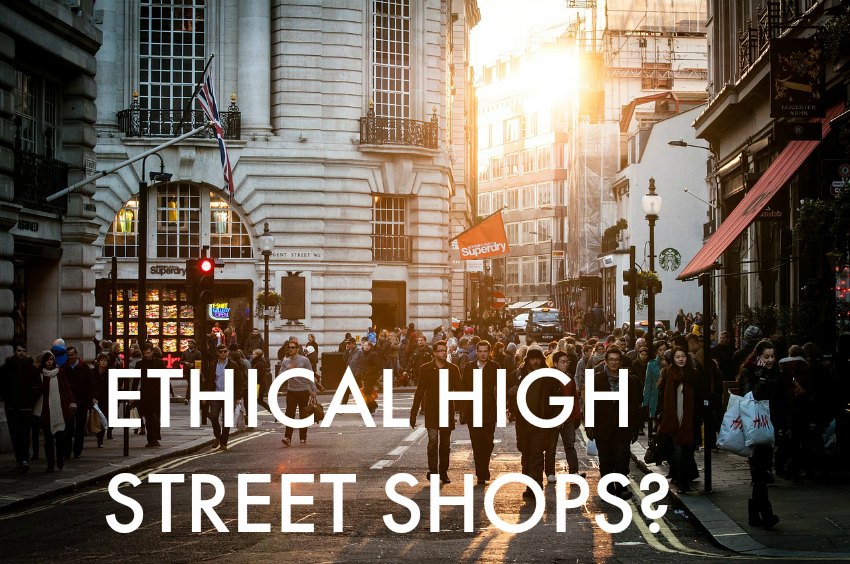 Ever wondered how ethical and environmentally friendly our high-street shops are?  Ethical Consumer have put together an interactive table of ethical high street shops, rated on their environmental, ethical and political performance.  I’ve personally found that it is really useful when making decisions about where to shop.

I strongly believe that as consumers it’s our job to be as informed as we can, so I’ve found this table on ethical high street shops quite enlightening and surprising.

As far as ethical high street shops go, I certainly wouldn’t have guessed that Sainsbury’s fairtrade clothing would be rated lower than Primark.  That is a huge surprise.  I’ve always had a soft spot for Sainsbury’s.

I also wouldn’t have guessed that John Lewis would be rated only 0.5 points above Primark.  Again, John Lewis is one of those shops that I would have expected more from.

And most surprising of all – that New Look would be one of the most ethical performers on the High Street.  And Bon Marche?  I don’t think I’ve ever stepped foot in a Bon Marche shop but I feel that I should seek one out and take a look at their offerings.

Were there any surprises here for you?

And what shops do you tend to visit on the high street?  I’m a fan of Marks and Spencer, Fat Face and White Stuff.  I feel a bit too old for New Look but I’m thinking maybe I should give it a second look.

PS: Found this post useful?  Since I initially put this post together I’ve written extensively about shopping ethically.  Here’s a guide on how to shop ethically, a guide to men’s ethical clothing companies, and a guide on how to shop ethically on a budget.  I’ve also got information on where to buy ethical sleepwear, ethical tights and socks and even men’s underwear and women’s underwear!