How To Build An Ethical Wardrobe From Scratch #6 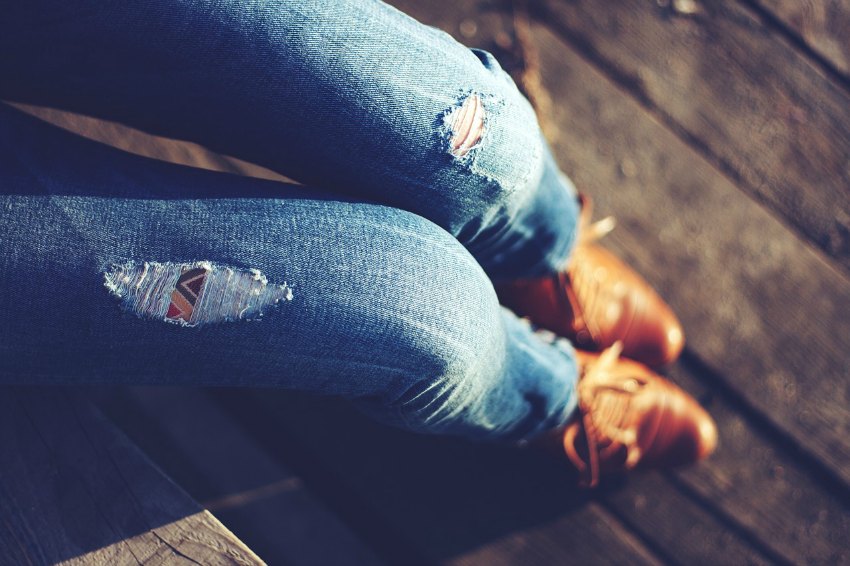 Today I have a new tip on how to build an ethical wardrobe from scratch.

It’s been a little while since the last tip  – I have about hundred and one things I desperately want to write about here on the blog but it’s often difficult to find the time or energy.  Moral Fibres is such a tiny part of my life, and the first casualty when my life gets busy.  Aah well, kids are just little for so long, and one day I’ll have all the time and energy in the world to write here, right?!

Anyway, enough digressing.  Let’s get to business, I hear you say!  My sixth tip on how to build an ethical wardrobe from scratch is when you’re looking to buy new clothes to do your research.  Here are five good places to start when researching ethical clothes:

Balu is an ethical shopping Google Chrome extension that says it gives you ethical shopping suggestions as you search the web.  I’ve given it a go and this isn’t strictly true.  Balu doesn’t offer suggestion when you Google something, which to me is searching the web.  Instead it offers ethical suggestions when you use the sites of particular retailers, such as John Lewis and Debenhams.  I don’t find this particularly useful, as I don’t use these sites very often, but I guess it’s a handy reminder when I do to look at more ethical alternatives.

I’ve personally found Balu to be a little more useful when you use their shopping directory.  The directory is a little naive at the moment.  For example, a search for ‘navy top’ yields no results, but a search for ‘top’ brings up results.  A search for bag brings up a handful of results, even though there are more ethical bag retailers out there than you can shake a stick at.  Naive as it is, through Balu I’ve found some new to me ethical retailers, such as Birdsong (this coat!), and Wills Vegan Shoes, and they handily reminded me about Veja, the ethical trainer manufacturers, who for some reason I always forget about.

I think Balu will  definitely be a site to watch, as they grow and add more retailers to their directory. Ethical Consumer are probably the oldest of the consumer guides, running since 1989.  They have a variety of sections – some free and some only accessible via a paid for subscription, however you can take out a 30 day free trial.  I find the ethical shopping guide section the most useful – the ethical shopping guide to ethical shops is really useful if you want to see just how ethical your ethical clothing is.  The guide to high street clothes shops is really useful for trying to shop as ethically as you can on the high street.  According to Ethical Consumer, top of the ethics league for ethical clothing is People Tree and H&M on the high street. The Good Shopping Guide describes itself as an ethical shopping comparison site.  Completely free to use, as well as having a handy fashion comparison table, shoes comparison table and jeans comparison table they also have a handy ethical clothing directory.  According to Ethical Consumer, People Tree rule the roost.  Meanwhile, higher end high street store Whistles rates highest on ethics, with Fatface, Debenhams, New Look and H&M not too far behind. Not My Style is an app that tells you how much your favourite fashion brands share about how they treat the people who make our clothes.  It’s not available yet, but it will shortly be available for download on iPhone and Android.  In the meantime, as part of the app development they have rated over 100 shops, and they have handily made that information available here on their website.

Project Just is a beautifully designed site which has an incredibly useful, detailed and well researched and constantly updated Wiki guide to worldwide clothing brands, covering areas such as transparency, labour conditions, and so forth.  As an example their guide to Primark is pretty enlightening.  They say if you can’t find the brand you’re looking to investigate, then submit it to them and they will investigate. And, for some unapologetic self promotion, there are some guides here on Moral Fibres that I’ve put together – for example women’s ethical clothing and men’s ethical clothing, and more all under the fashion menu.  Some are a little old (Moral Fibres is four years old now!) but I do try and keep them up to date.  I’m currently slowly (very slowly) putting together an ethical kids clothing guide, and one on shoes.  Keep your eyes peeled!

Just to warn you.  Sometimes these guides contradict each other quite wildly.  For example, The Good Shopping Guide rates River Island highly, scoring 73/100 in terms of ethics, and awards them the “Good Shopping Guide Ethical Company” green tick.  However, according to Ethical Consumer River Island score just 3.5/20 in terms of ethics, and are in the bottom five of their league table, whilst Not My Style also say they are one to avoid.  I don’t know the answer to this.  Sometimes it feels like trying to shop ethically is a bit like licking your finger and sticking it in the air to try and guess which way the wind is blowing.  I don’t have the answer to this other than doing some cross research and sticking to brands that you know are doing good. 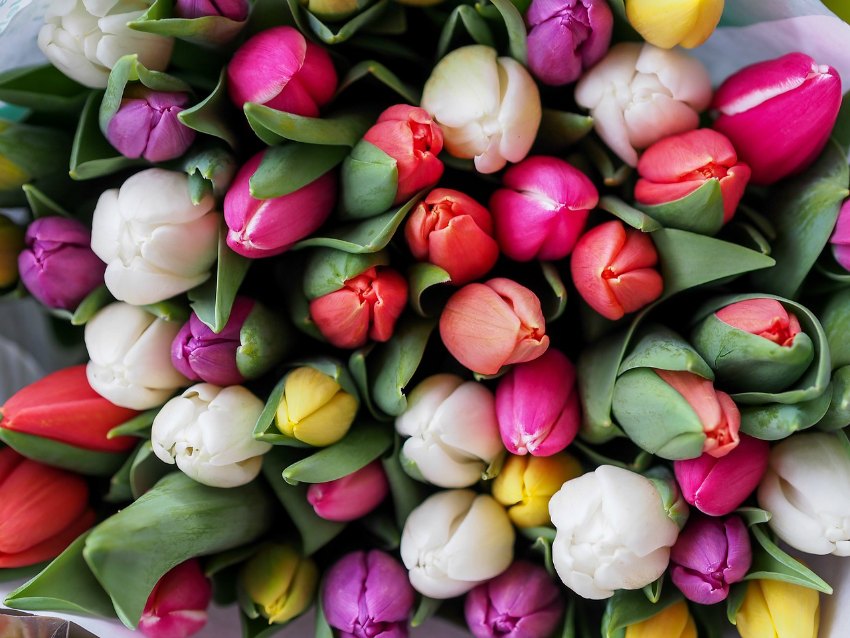 Valentine’s Day hasn’t always been the tat filled consumer laden day that it is now.  One of the earliest recorded ‘celebrations’ of Valentine’s Day, in the Pre Christian Era, was where young men would strip naked and use goat- or dog-skin whips to spank the backsides of young women in order to improve their fertility.  Fun.

Here are ten non consumerist Valentine’s Day ideas that don’t involve spanking.  Or maybe they do, depending on your preferences… Go and see a local live comedy show, band or theatre show.  In times of cuts to local arts funding, it’s good to support the arts, and you might see something you otherwise might not have known about.  We saw Rob Delaney at The Stand in Edinburgh last year and we’re still laughing at some of his sketches now.

Brush Up on Your History

Speaking of the arts, alternatively you could visit a museum or gallery together.  There are a wealth of free museums and galleries in the UK, all with some spectacular collections.  In Edinburgh my favourite is the National Portrait Gallery on Queen Street, and in Glasgow I have a soft spot for the Kelvingrove Museum.

Go On A Ramble or Bike Ride

Go on a walk or bike ride some place new together.  Ramble along an unfamiliar beach, path or neighbourhood.  Bonus points if you stop in a local cafe for a warming cup of tea.  Or super bonus points if you take a flask of hot chocolate and some cake with you!  February can still be a cold one.

Don’t want to be in a packed and overpriced restaurant surrounded by couples proposing?  Me neither.  Why not prepare a your favourite meal together at home and enjoy a quiet and relaxing candlelit meal together?

Make Each Other Laugh

The ability to make each other laugh is apparently vital when it comes to romantic attraction.  However, a few years or decades down the line, when you’re knee deep in household chores, paying bills and looking after the kids, it’s easy to forget what you once found funny about each other.  This Valentine’s Day, why not try and make each other laugh.  Have a joke telling competition.  See who can tell the best (or worst!) joke.  Best played over a bottle of wine!

The chances are that at some point in your life you made a compilation tape for a significant other (or the person you hoped might be your significant other).  Wasn’t it fun carefully selecting the songs to make the other person think you were cool and knew all the right bands?  Why not do the same now?  It could be fun picking songs from all the various points in your life together as a couple.

There’s no need to go out for meal, when all you want to do is get straight to the dessert!

Show Your Love For Others Less Fortunate

Valentine’s Day doesn’t have to just be about the love between couples.  It can, and should be about showing your love for others, especially those less fortunate.  You and your partner could consider volunteering together at a local soup kitchen or food bank.  If you don’t have the time, why not take what you might have spend on a meal or a gift and donate to a charity of your choosing?

Would you add anything to this list of alternative Valentine’s Day ideas?