“It’ll go without me” is a common excuse about air travel that needs to stop if we want to be part of the solution to our climate emergency.

I was in a cafe the other day, the kind of cafe where the tables are squashed together just a little too close to one another for comfort. I had come for peace and quiet, and as I took my seat at the only free table, I immediately regretted my choice of cafe. Two women were sat at the table next to me chatting quite loudly, and as I drank my cup of tea and scribbled some notes, I tried to tune out their chatter.

My ears pricked, however, when their conversation turned to holidays. One woman revealed to the other that she and her husband had booked a family holiday abroad, and whilst she was excited about the holiday, she had recently watched David Attenborough’s Climate Change: The Facts. and felt terrible guilt over the flights it would entail and the impact on the environment. Her friend, being the good friend, told her not to worry because that flight would go anyway, whether she was on the flight or not, and the act of her flying on this particular flight wouldn’t make a blind bit of difference to the environment.

I bit my tongue because I’m not the kind of person that would butt into the conversation of strangers (though it seems I’m the type of person that would recount the conversation of strangers on the internet!), but I couldn’t help but wish we could stop spreading the false notion of “it’ll go without me” when it comes to transport, particularly air travel.

Profits, Not a Public Service

When it comes to air travel, you have to remember that flight operators are businesses – they don’t just exist to perform a public service – so money is everything. Flights and routes need to be profitable otherwise services get cut. So yes, in the short term that one flight probably will go without you, but in the long term the fewer people that choose to fly, the fewer flights and fewer runways are required, and the less profitable aviation becomes, meaning the “it’ll go without me” notion becomes a hollow excuse.

Of course, some air travel can be unavoidable. Work trips, trips to see family and friends abroad, or living on a small island with little alternative, can mean few alternatives to flying. However, 47% of Britons are willing to fly less because of climate change (ignore the doom and gloom right wing headline, 47% of Britons is HUGE). If almost half the country stopped flying for avoidable trips – e.g. to go on holiday abroad – the numbers of flights would be cut back drastically to reflect the downturn in demand.

Of course, it’s not just Brits that need to stop flying to be able to reduce flights, but no-fly campaigns are growing in Europe, and I would imagine will catch on more and more as interest and awareness in our climate emergency gathers momentum – particularly when one transatlantic flight can add as much to your carbon footprint as a typical year’s worth of driving (and that’s just one way).

Be Part of the Solution

So the “it’ll go without me” excuse doesn’t hold weight: like most environmental actions, while you won’t save the world on your own by not flying, you will certainly be part of the solution by not flying when you don’t need to.

If you want to really be part of the solution when it comes to air travel then consider the value of social proof. This survey on fast fashion, for example, showed that a staggering 90% of respondents would shop secondhand if their friends or family did so first. Therefore, it would hold if more of us holiday in the UK and talk to our friends and family about our holiday,s then the more people that will consider the value of holidaying without flying anywhere.

One of my Scottish friends took a holiday in the north of Scotland over Easter and shared the photos on Facebook. Two Scottish people commented that the photos of the trip had inspired them to holiday in Scotland, which on a micro-scale highlights the value of social proof:

And living in the UK, we really are spoiled for choice when it comes to beautiful spots to holiday in – there’s no shortage of places to go. From city breaks to beach holidays, to forests to mountains, we really do have it all.

It’ll Go Without Me Applies to Public Transport Too

The same “it’ll go without me” mentality when it comes to public transport is another one that needs to stop, because, like with airlines, if people don’t use their local bus and rail networks, they will cease to run too.

Whilst many bus routes are subsidised by local authorities, these routes still have to be profitable. When bus routes get cut, these cuts hit the poorest the most. The more we use public transport, the better for the environment and the better for those on lower incomes too, which is true sustainability. 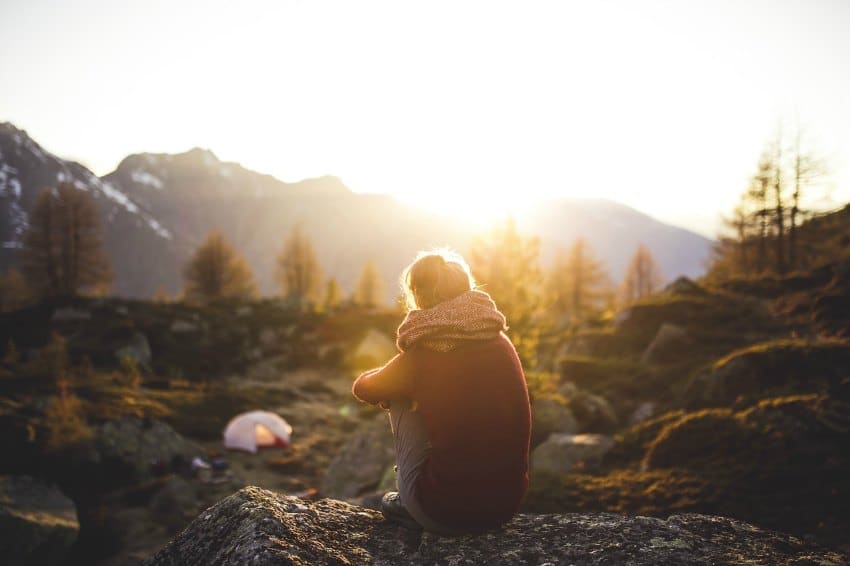 I may or may not have mentioned it a few times, but I have adventuring on my mind this summer. It’s been a tough few months, in more ways than one, for us and the thought of kicking back outside in the sunshine without a care in the world is very very appealing.

Of course, you don’t need much, or rather, you don’t need anything, for adventuring outdoors, save for yourself and some wide-eyed enthusiasm, and, you know, a fully charged phone just in case, but there are some things that might be nice to have or might just be downright useful to have: 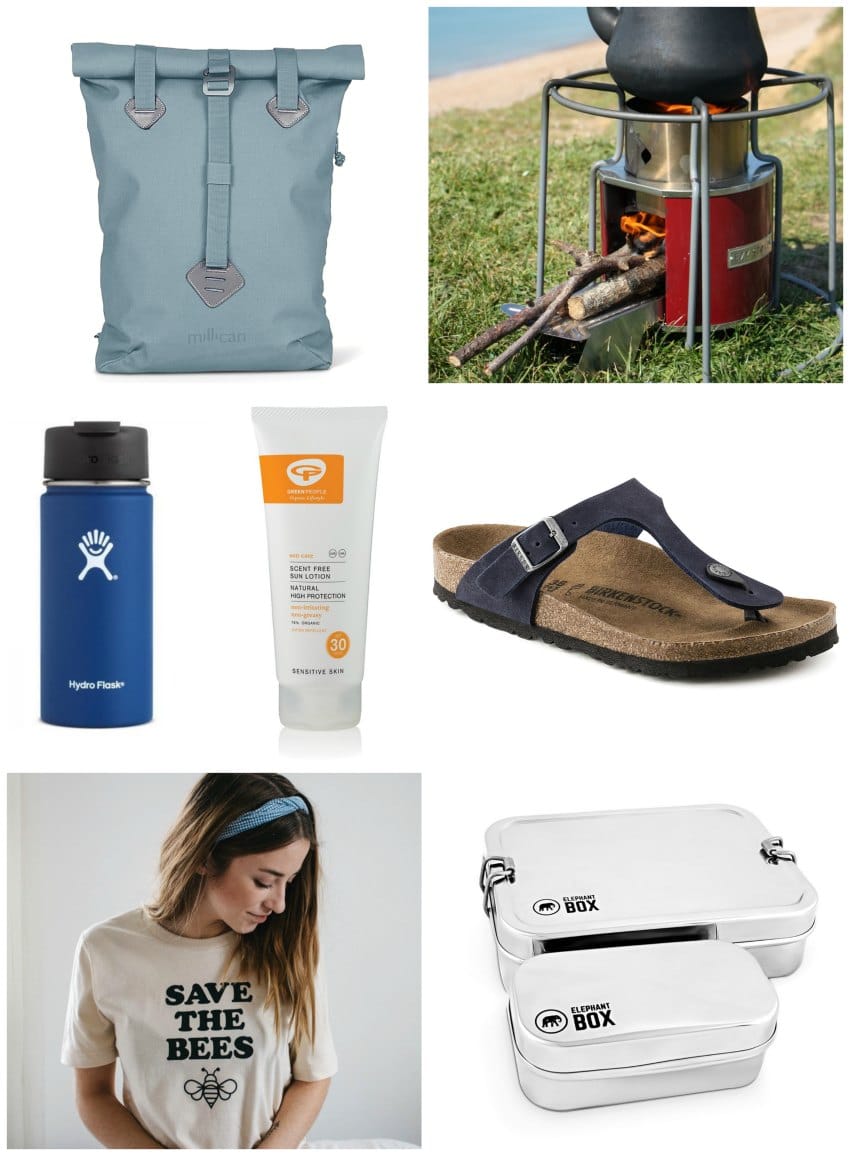 A handy tote bag from Millican, made from recycled polyester, that converts to a rucksack at the tug of a strap for however the day’s adventuring pans out.

A  portable wood powered rocket stove for making cups of tea, or scran, out in the wild.  Can’t be without your tea, not even in the woods.  I have to confess, I am lusting after one of these bad boys so badly.

Speaking of tea, a handy flask to store said tea in.  Let it be said, I take my tea very seriously, especially so when partaking in outdoor adventures.  Or, if you don’t like tea (who even are you?!), then you could just fill it with ice cold water (also refreshing when outdoor adventuring).

Sunscreen*, because sunburn isn’t cool.  And because I burn at even a hint of a ray of sun cracking through the clouds.

Sandals, vegan ones at that, because my pair of Birkenstocks are 12 years old and still going strong.  I dare you to find a more durable pair of sandals.  Bonus points for being made of super sustainable cork.

A t-shirt with a pro-environmental slogan*, to help spread the word.

Finally, a plastic-free lunchbox for storing those all important energy giving snacks.  I confess, mine often contains Jaffa Cakes…!