Time has flown around here.  It feels like my youngest daughter should still be a six months old baby, but she is, in fact, two now – two and a half to be precise – and is very much a walking, talking toddler with a very definite mind of her own.

We have been using reusable nappies on her since she was big enough to fit into them, so I would imagine that our time with reusable nappies and nappies, in general, is drawing to a close soon.

This is our fourth year of using the same set of nappies – I bought the set over six years ago when my eldest daughter was only months old, so I feel we’ve really got our money’s worth out of them.  I paid about £160 for our nappies, which was a HUGE expense for us at the time.  I was so worried that I would never recoup that investment.  Thankfully it turned out those worries were unfounded – these nappies have been well used! 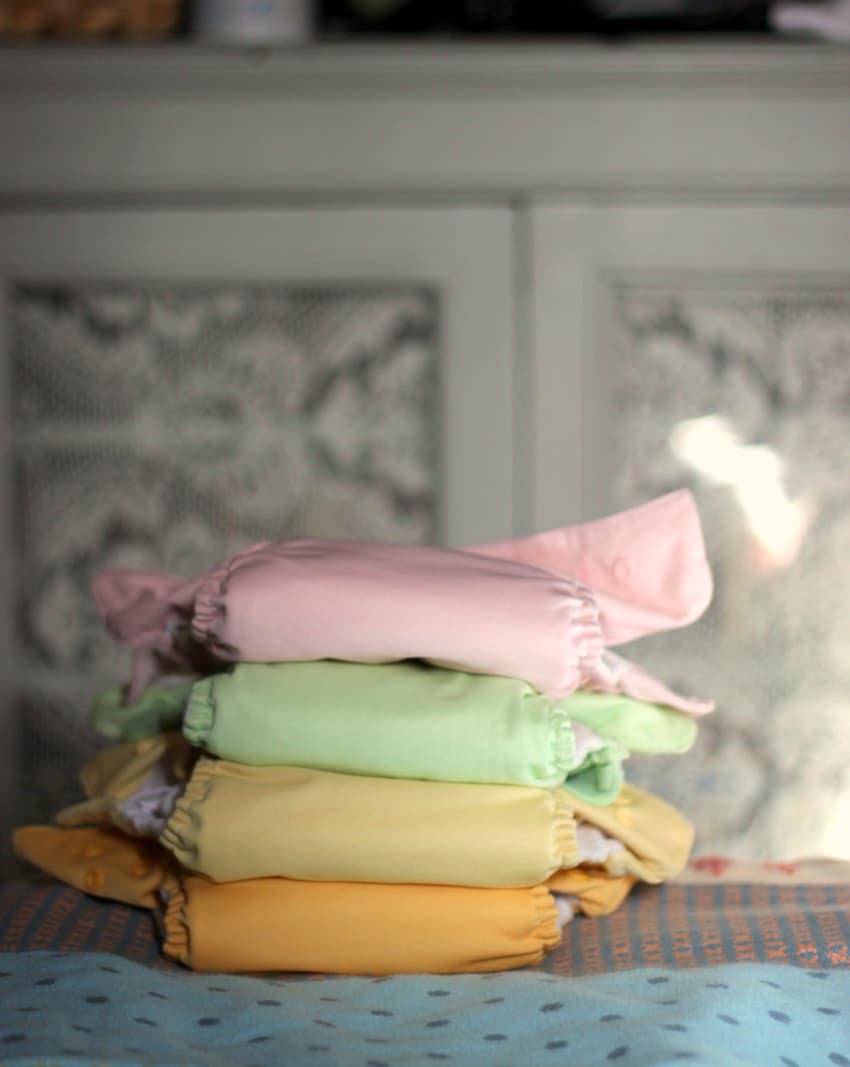 The chief reusable nappy question I get, hands down, is: “is it not a lot of work”?

I always answer with not as much work as you think.  All that reusable nappies really involve is just popping the dirty nappies in the nappy bucket, which is lined with a mesh bag.  When the bucket is full, just pop the mesh bag in the washing machine, and run on a 60°C wash. Then you just hang them up to dry when the cycle is done.  Job done.

The second question I get is “which is better, cloth or disposable nappies“?

My experience is that I don’t use reusable nappies on my daughter 24 hours a day, 7 days a week because I’ve found it’s just not practical for us.

At night-time, I’ve found with both my daughters that we needed to use a disposable nappy (especially more so now that she’s older).  I have tried using extra pads in the reusable nappies, to no avail, and have conceded that disposable nappies at night time it is.

When we go away overnight I use disposables then too.  We mostly use public transport when going away overnight and when travelling as a foursome, especially with a toddler in tow, it’s easiest to travel as lightly as possible.

Yes, there’s no getting around the fact the reusable nappies are better for the environment than disposable nappies, but disposables are very much a part of our life.  As such, I do prefer to pick ones that have a lighter environmental footprint.  One such disposable nappy brand that I have been used on both of my daughters over the years is Eco by Naty. 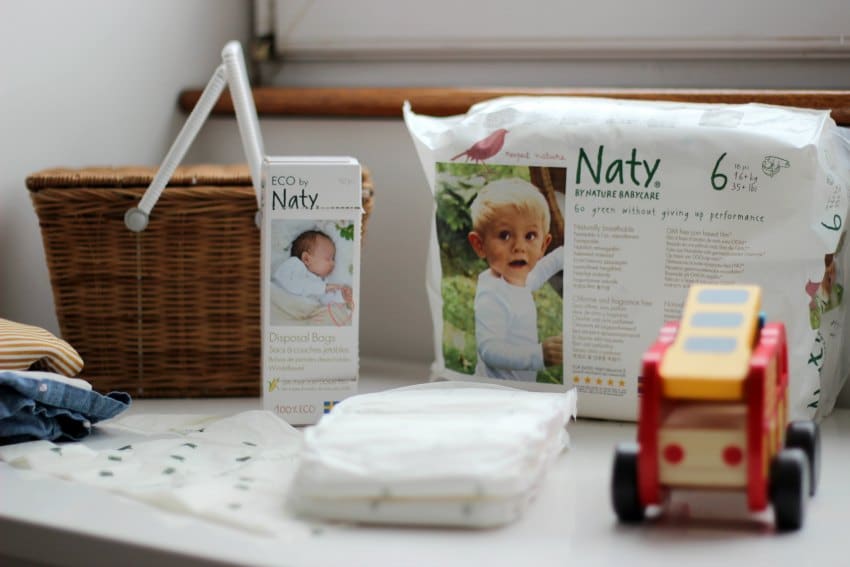 Eco by Naty nappies are latex, chlorine and fragrance-free disposable nappies, which make for a more comfortable nappy, particularly if your little one has very sensitive skin.  The conventional plastic outer sheet of a disposable nappy has been replaced with a GM-free maize starch and cellulose fibre to make a breathable yet waterproof outer layer, and the nappies are filled with up to 65% natural materials.

The nappies are the first nappies to gain OK Biobased Certification, which certifies products made from renewable raw materials, for extra peace of mind.

Whilst I am a seasoned Eco by Naty nappy user, I was surprised to learn recently that Naty also has a range of personal care products for the whole family.  From baby bath and skin care to family bath and skin care, each and every product is certified organic by Ecocert.  This certification means that there is a minimum of 95% of plant-based ingredients in the formula and a minimum of 10% of all ingredients (by weight) come from organic farming. 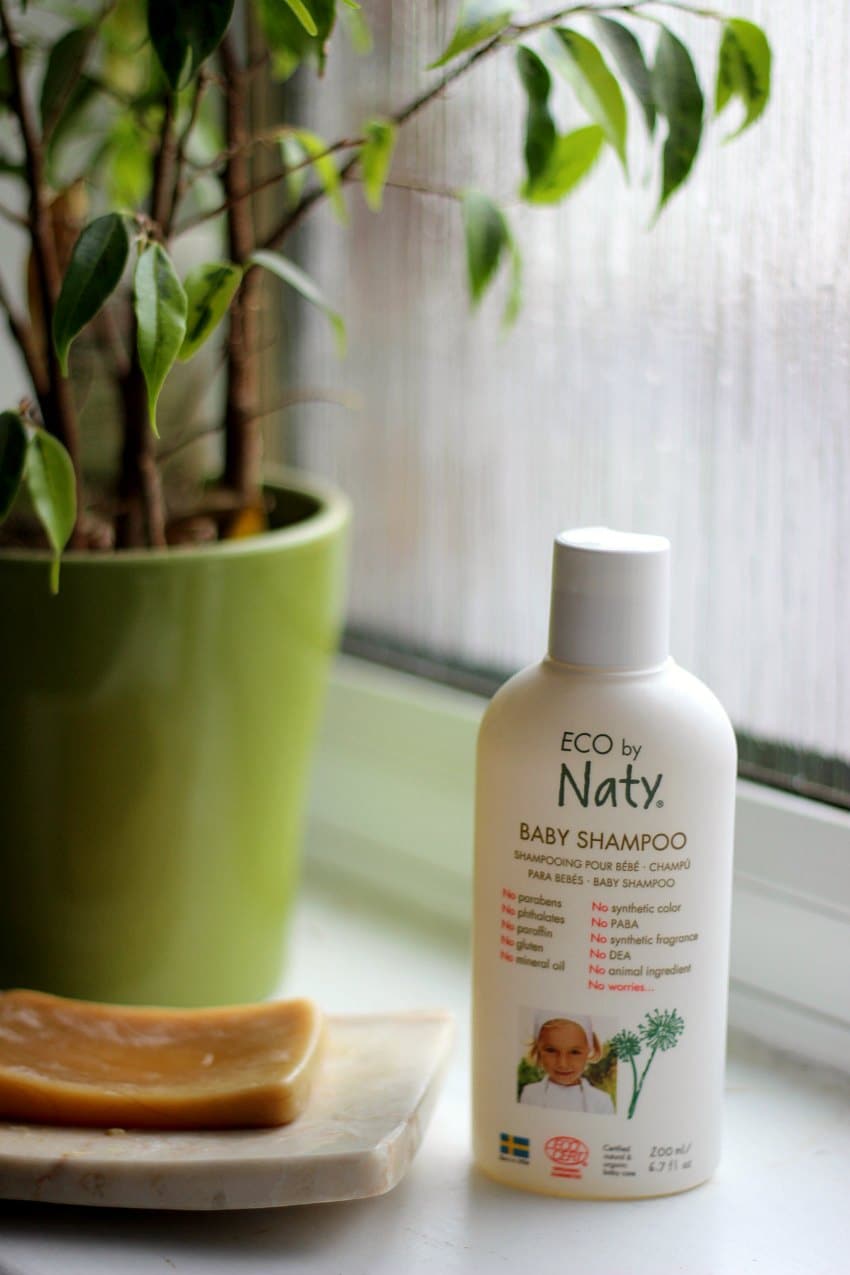 Each product is free of parabens, phthalates, paraffin, gluten, mineral oils, synthetic colours, synthetic fragrances, animal ingredients, and other such ingredients.  Not only that, all of the ingredients are ethically sourced, and cruelty-free.

As a family, we switched to using shampoo bars at the start of this year.  While it’s working out great for my partner and me, what we’ve found is that my girls haven’t taken too well to the shampoo bars.  After a month or so, we kept noticing both of them scratching their heads pretty vigorously. My initial thoughts were “ahh, poop, head lice”, but after going through their hair quite literally with a fine tooth comb, repeatedly and thankfully finding nothing, I realised that the shampoo bars must be irritating their scalp.  I have switched to Naty shampoo, which not only cleans beautifully, but I’ve found that their itching has stopped. 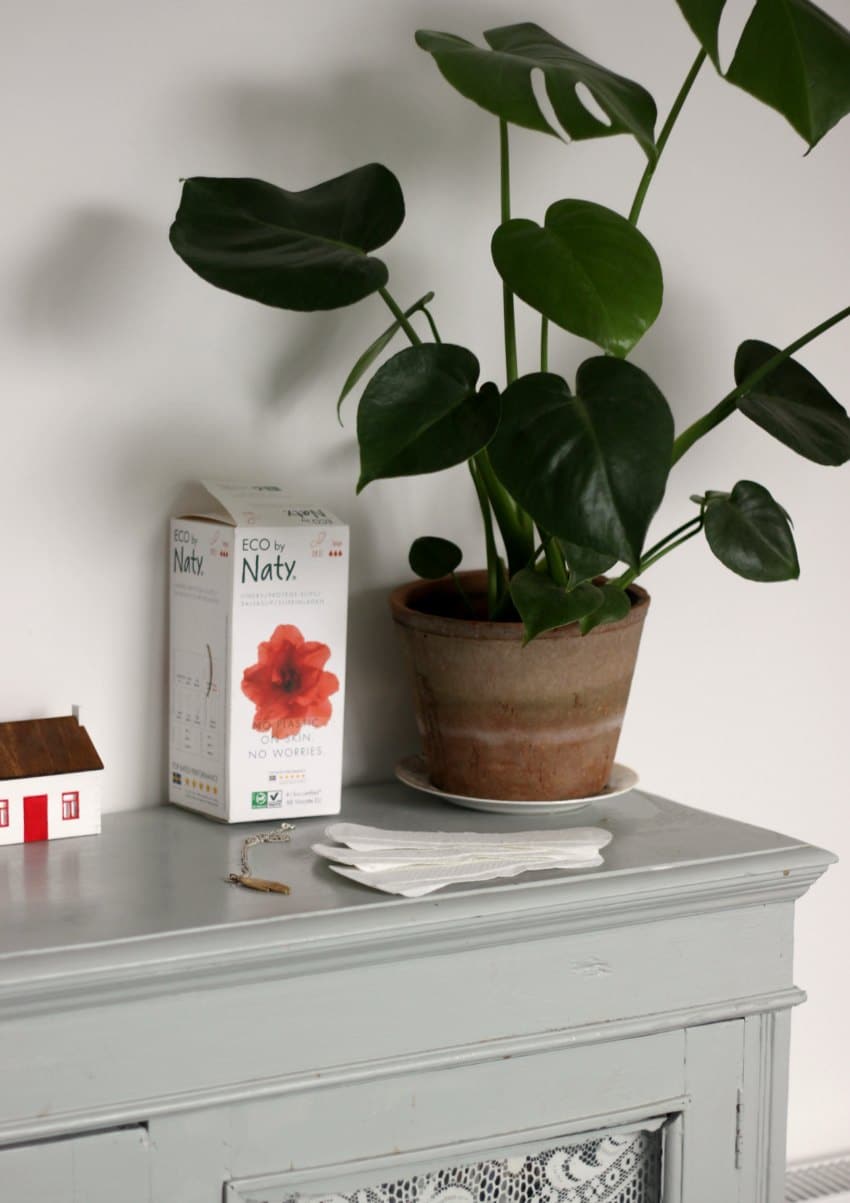 Naty also sell a range of organic feminine care which is made to the same standards of all their other products.  From tampons made from 100% organic cotton – to sanitary pads and panty liners that have a cloth-like feel, and are much more breathable and comfortable than their plastic based counterparts.

Getting back to nappies, the next step for us will be potty training, and I will be passing on my reusable nappies to another parent.  As well as passing on the nappies, I’ll be passing along the advice that you do not have to use them 100% of the time to make a positive environmental impact.  Even using just one reusable nappy a day will save you from using 365 disposable nappies – which is a simply staggering amount!