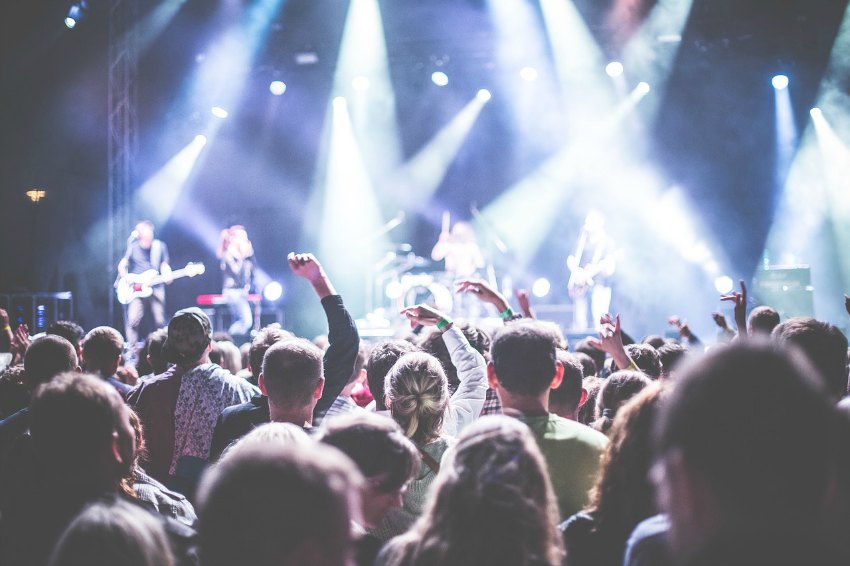 This is a sponsored post on the environmental impact of music festivals in association with WF Denny.

Are you a festival goer?  I used to be a prolific festival goer in my teens and early twenties.  However, now, mid-thirties, with two kids in tow, sadly not so much.  That being said, we did think that maybe this should be the year that we dust off our tent and go to a festival, kids and all.  Green Man Festival has a fantastic lineup, but sadly we pondered too long and it’s all sold out now!

The Environmental Impact of Music Festivals

Something I have never really thought about is the environmental impact of music festivals.  However, the people at W.F. Denny sent me this infographic, which was pretty thought-provoking:

Isn’t it just wild?  I mean 57 tonnes of reusable items, such as tents and sleeping bags just dumped at Glastonbury alone.  Staggering.

Here are some interesting reads on the environmental impacts of music festivals if you want to find out more:

The Music Industry’s Battle Against Plastic Junk from the Rolling Stone.

A video showing the scale of the extent of the problem from the NME.  What was reassuring is that the NME report that representatives from around 80 charities have been on site.  Most of these have been collecting abandoned tents to take for refugees living in hellish conditions in encampments in Calais, France.  Of course, it would be a much easier job if people pack the tents down before leaving, and hand them in themselves to official donation centres.

Tens of Thousands of Tents Are Discarded At Festivals – And I Know Why from The Guardian.  In short, modern tents are compact, lightweight, and easy to erect, yet they are almost impossible to fold up and squeeze back into their bags.

The Love Your Tent campaign.  This is a worldwide campaign to reduce festival campsite waste and divert tonnes from landfill.

What Happens To All The Tents Left Behind at Glastonbury? – Somerset Live

PS: if you’re off to a music festival, make sure you check out my guide to ethical wellies.  Wellies are a festival essential if ever there was one!

Found this post useful?  You can buy me a virtual coffee to help support the site’s running costs.  You can also sign up for the free Moral Fibres monthly newsletter to get all the latest eco news and ideas straight to your inbox.