Ethical Outfit of the Day

I thought I’d share another ethical outfit of the day / What I Wore post as the novelty of being able to wear regular clothes still hasn’t worn off 3 months in!  I’m hoping with a bit of practice I’ll be a bit less awkward in front of the camera too – I have to say I’m definitely much happier behind the camera!

My Ethical Outfit of the Day

What do you think of my outfit of the day?  What I will say is that this Pistill Dress from Gudrun Sjödén is a new favourite – super soft and really easy to wear.  Unusually for a dress, it doesn’t even need ironing before wearing, which is always something I value highly!  Nothing I hate more than ironing.  Just pop it on and out I go, which these days is a blessing.  I love the mixed patterns of the dress too – it gives it a bit of cheekiness!

The Annie Parka from People Tree was something I received during my pregnancy, but I found that wearing a parka whilst pregnant was not the most flattering, shall I say.  Thankfully, with my body almost back to relative normality, the parka is actually very flattering and pretty much perfect for spring.  Light and providing just enough protection from April showers, it’s my go-to jacket at the moment.  To be honest, with the great Scottish track record of weather, I’ll probably be wearing it all the way through from now until Autumn!

I’ve got some interesting ethical fashion articles for you, while I’m here:

Firstly, in case you missed it, this post from Ethical Consumer magazine on Are Any High Street Shops Ethical?

This post on Can We Afford To Shop Ethically? made for a solid read.

The Child Labour Experiment – the title says it all really.

Am I A Fool To Expect More Than Corporate Greenwashing from Lucy Siegle is an interesting read about H&M.

Are Any High Street Shops Ethical? 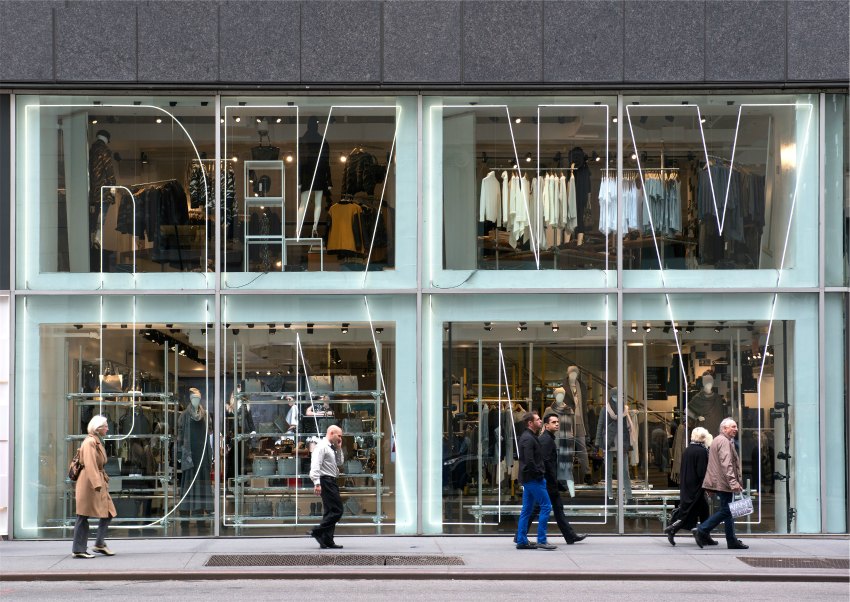 Are any high street shops ethical?  Join us as we investigate.

Despite the fast nature of the fashion industry, high street shops have been painfully slow on the pick up of fair trade fabrics.  Georgina Rawes of Ethical Consumer magazine is with us today with this guest post that asks are there any high street clothing companies doing better on ethics?

While fair trade produce has earned itself a dominant spot on the supermarket isle, the demand for ethically made clothing lags behind.

UK shoppers spend a whopping £8,643 million per year on ethically produced food but a measly £648 million is spent on ethical clothing.  This is despite the fact that constant pressure is put on fashion retailers by campaigners and events of the past couple of years have shown that there is an urgent need for change in the sector.

It seems to have taken the most fatal garment industry incident ever followed by consistent pressure from campaigners to convince many high street shops to accept some responsibility for their supply chains.

It has now been nearly three years since the Rana Plaza building collapsed in Bangladesh killing over a thousand people.  Several companies, such as Walmart and Matalan all directly sourced clothing from Rana Plaza. However, it wasn’t until Labour Behind the Label ran a “pay up” campaign that some companies felt pressurised to donate to the Rana Plaza Donor’s trust.

A feeling of outrage that no companies would be held accountable for the building collapse also led to the creation of the Bangladesh Accord.  This legally binding contract ensures clothing companies will be held responsible for inadequate safety regulations of supplier factories in the future.

This contract has been signed by nearly 40 major clothing companies such as H&M, Topshop, Next and Primark.  This is a positive step towards fairer working conditions for garment workers.

The Bangladesh Accord Signatories

Notably, Gap and Asda refused to sign the Bangladesh Accord and instead chose an alternative scheme.  This is not legally binding and some campaigners have branded their actions as meaningless.

In our recent guide to fashion we scored 24 different clothing retailers on various ethical criteria:

H&M received the highest score of all the companies that we looked at. However we do not consider H&M to be an ethical company. They only scored 9/20 in our rankings – any score below 10 is considered poor.  This suggests to us that the high street is still has a long way to go on ethics despite the fall out from Rana Plaza.

H&M’s low score seems to reflect the fact that it has been accused of promoting itself as an ethical retailer but then not living up to its promises.

H&M was slow to react to the Rana Plaza disaster.  While they were not direct suppliers, H&M is the biggest buyer from Bangladesh as a whole.  Avaaz launched a petition urging the CEOs of H&M and Gap to sign the Bangladesh accord. This unwanted attention intensified when Avaaz released an ad campaign featuring the CEO of H&M alongside a young Bangladeshi woman who was crying.  A few days later H&M announced that they would sign the Accord.

A report from Friends of the Earth found that out of the top ten retailers in the UK, H&M had the second-largest land and water footprints.  They estimated that H&M requires an equivalent of almost 82,000 cricket pitches of land and enough water to fill 236,000 Olympic swimming pools. H&M is hardly ethical in our book.

One of the surprising findings from our research was that Marks and Spencer’s scored just 5 out of 20. Surprising especially as many consider M&S as the most ethical choice on the high street.

For example, M&S has been praised for its work towards improving wages in its supply chain. They also aim to procure 70% of its cotton from sustainable sources by 2020.  Its other Plan A commitments on workers’ rights and the environment have won plaudits from campaigners and industry insiders alike.

However, our ethical score does not just reflect the company’s work in the clothing sector.  It also looks at the company’s wider ethics. For instance its sale of factory-farmed meat, its’ political lobbying, and likely use of tax avoidance strategies. In all of these categories, M&S scored negatively.

With the high street still so far behind being ethical, ultimately, we would encourage people to shop in smaller ethical retailers.  These companies tend to make thoughtful, slow fashion where people and the planet come before profit. You can use our ethical shopping guide to alternative clothing to find the most ethical fashion retailers. Or alternatively, check out the Moral Fibres guide to the best ethical clothing brands.