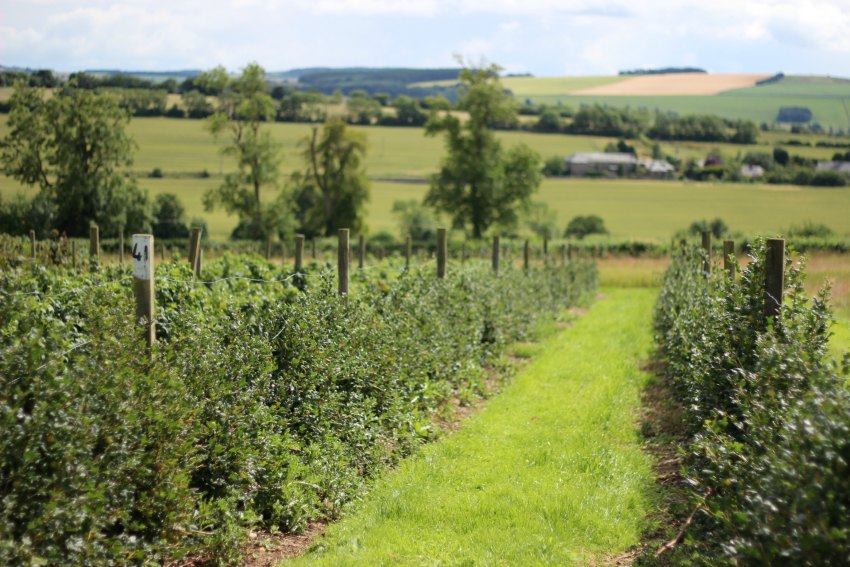 I grew up in Ayrshire, which, farming wise is famous for dairy farming and potatoes.  Fruit farms are few and far between over there, and pick your own farms were most definitely not a thing in Ayrshire.  I guess digging your own potatoes is nowhere near as fun or tasty as picking soft fruit!

So it came to be that the other week was my first ever visit to a pick your own farm.  It just so happened that we picked a really great one to visit – Cairnie Fruit Farm, near Cupar in Fife.

Depending on the season you can pick strawberries, raspberries, tayberries, gooseberries, black and red currants, and even pumpkins in over 45 acres of luscious farm land.  As well as being able to pick your own fruit, there’s a big family play area with heaps of outdoor activities for kids.  Think trampolines, flying foxes, chutes, sandpits, a go-kart track, straw bale climbing fortress and you’re only half way there.

There are also tractor rides for kids and the pièce de résistance – the huge maize maze.  The maze changes theme every year – this year it was BFG themed.  The maze opens in mid-July, by which point it was around 5 feet high, so we were there just in time for it opening.  The maize is then harvested in October (by which point it’s over 8 feet high) and fed to cattle, so it’s a pretty sustainable maze at that! After a lot of fun in the play area, we ambled over to the fruit farm.  The strawberries were a bit thin on the ground as they were between crops, but there were row upon rows of ripe raspberries and gooseberries ready for the picking. As our allotment is sprouting raspberries faster than we can eat them at the moment I picked a huge punnet of soft delicious gooseberries for just a couple of pounds.  There’s nothing quite like freshly picked fruit still warm from the sun.

We had lunch in the Cairnie Fruit Farm cafe, but if you wanted to save a bit of money then there are plenty of spots overlooking the rolling Fife countryside to have a picnic or even a barbeque.

Wondering what I made with my gooseberries?  My eldest and I baked this gooseberry clafoutis.  It’s so good and really easy to whip up – give it a go next time you have a punnet of gooseberries to hand! We’ll definitely be back at Cairnie Fruit Farm soon!  Have you hit up any good spots this summer?

Our Holiday in Fife 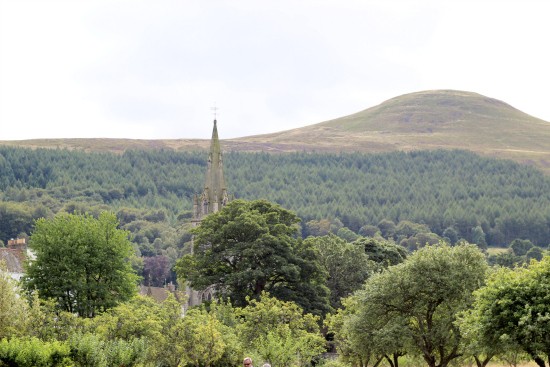 Hello!  How have you been?  This month has been a tough one on so many fronts, so we took a much needed holiday last week.  It was a bit of an unplanned one – we hadn’t booked a holiday this year.  Between this, that, and the other the idea of a holiday fell by the wayside, but when the chance came up to have a little holiday in Fife for a week, thanks to my sister-in-law, we jumped at the chance.  So the three of us (plus our pet parrot!) journeyed 20 miles up the road, over the Firth of Forth, and settled down in Fife for the week.

Despite living so close to Fife for the past five years, it isn’t a place I’ve really explored very much.  I grew up on the west coast of Scotland, so the east coast is still a bit here be dragons land for me!  What a blast we had this week exploring the area though – it just goes to show that you don’t have to travel far from home to have a fantastic family holiday!

The first place we hit up was Burntisland.  Burntisland is fantastic for families – it has a brilliant green flag beach, a lovely park, heaps of walks, some great cafes (we like Potter About on wet days – great for keeping kids entertained – and Food for Thought, which also has a great fair trade market in it), and in summer a funfair on the links by the beach.  We caught the last day of the funfair which went down a treat with my thrill seeking little ‘un! You can even wave to Edinburgh from the shore of the beach!

On another day of our holiday we visited the town of Falkland.  I hadn’t heard of Falkland before, but it was like a little undiscovered gem for me! As well as being such a picturesque town, there is the lovely Falkland Palace, a National Trust for Scotland property.  It’s a little pricey to get in (£12.50 each) and not much for toddlers to do inside the actual palace, but the gardens and orchards of the palace are a dream. We had hours and hours of fun in the gardens and orchard, where we happened upon some amazing willow sculptures, like this one of Mary Queen of Scots, above!

It’s probably enough photos for one day – I’ll share some more from our holiday in Fife another day.  There was a surprising amount of fun things to do there!