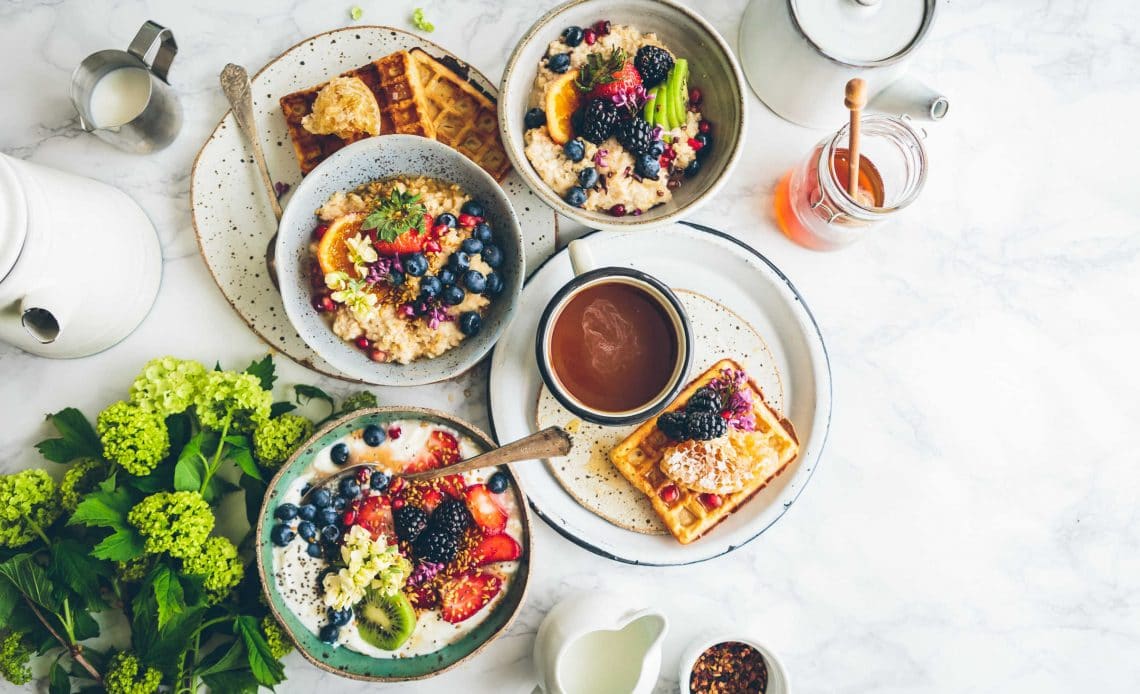 Nobody would willingly chow down on a bowlful of plastic. However, over the past few years, scientists have horrifyingly been finding microplastic in some of the most common food that we eat and the beverages that we drink. In fact, one study estimates that we each could be consuming as much as 5 grams of plastic a week. That’s the equivalent weight of a credit card. Over the course of a year, that’s 52 credit cards. Yikes!

Firstly, What Is Microplastic And Where Does It Come From?

Before looking at which foodstuffs contain microplastic, let’s first understand what microplastic is, and where it comes from.

Microplastics are what we call fragments of any type of plastic less than 5 mm in length. Sometimes these are visible to the human eye, other times they are so small that they cannot be seen.

Microplastics come from a variety of sources. Some microplastics are produced for commercial use, such as the cosmetics industry. Microbeads are banned. Yet other cosmetics like makeup and sunscreen (yes, sunscreen contains microplastic) are permitted to contain microplastic.

Other microplastics result from the breakdown of larger plastic items. These include plastic water bottles, plastic bags, and other items made of plastic. Microplastics are also shed from synthetic clothing when washed, and other textiles, such as fishing nets. Car tyres are also a major source of ocean microplastics. Meanwhile, paint flaking off of marine vessels is also a source. In short, there’s no single source, which makes it difficult to turn off the tap when it comes to microplastic.

Microplastics enter our food chain when they enter our oceans and waterways, and enter our soil. When microplastics are in the food we eat and that water we drink, this means we are ingesting plastic. The long-term effects of consuming plastic are not yet fully understood by scientists. However, microplastics have found in the placentas of unborn babies, in human faeces, and in our organs, such as our lungs, liver, spleen, and kidneys.

The Food That Contains Microplastic

Now we know more about microplastic, here are the food and drink items that scientists have found to contain microplastic.

Italian researchers found microplastic in fruit and vegetables. Apples and carrots have the highest levels of microplastic particles. However, microplastics appeared in other crops such as pears, broccoli, lettuce, potatoes, radishes, and turnips.

Contamination in fruit and vegetables is thought to occur when plants suck water that contains microplastics up through their roots. The microplastic pass into the shoots, and form the edible parts of the plants. Fruit is more highly contaminated than vegetables. This is because fruit trees are older with deeper, more established root systems, and so they take in more water compared to vegetables.

Microplastics aren’t just found in the food we eat, but also in the beverages we drink. Tea, for example, contains microplastic. This is because teabags are heat-sealed using polypropylene plastic, to stop tea bags from breaking. Other brands use plastic mesh tea temples in place of paper-based tea bags. The good news is that some brands have started to phase out the use of plastic in their teabags. Check out my post on plastic-free teabags for an updated list for 2021.

It’s not entirely clear why bottled water is more contaminated. It could be contaminated source water. However, it is more likely that it has come from the plastic polymers used to make the bottles and bottle caps.

Reach for the tap – it’s better all round.

Bad news, beer lovers. In 2020, scientists found microplastic in beer. The study looked at a variety of beverages. Whilst microplastics were found in most of the beverages studied, beer was found to have the highest levels of microplastics.

Fancy a side of plastic with your curry? A 2021 study found that microplastic is found in packaged rice. Regardless of whether the rice was packaged in paper or plastic, the type of packaging made no difference. And worryingly, pre-cooked rice (such as sachets of microwavable rice) contains four times as much plastic. The takeaway here is to try to avoid instant rice, and instead cook your own.

The researchers tried a number of methods to see if they could reduce the concentration of microplastic in rice. They found that shaking the rice in its packaging made no difference in the concentration of plastics. However, they did hit top tip gold. Washing your rice before cooking reduces plastic contamination by 20 to 40%.

Unsurprisingly, samples of fish and shellfish contain microplastic. Zoologists believe that this has come from fish ingesting microplastics found in water or on the seafloor, or by ingesting prey that have previously ingested microplastics themselves. Commercially farmed fish are also likely to be fed fishmeal that inadvertently contains microplastic.

Not all seafood is equal though. Since microplastics usually start out in an animal’s gut, seafood which includes the animal’s stomach, like mussels, oysters, shrimp, prawns, and other filter-feeding sea life, may be more likely to contain higher levels of microplastic.

I think the most worrying find on my microplastic and food research mission was finding out that honey contains microplastic.

Bees are the most infinitely complex and fascinating creatures. The bodies and legs of bees are covered in thousands of tiny hairs. When bees are in flight, these tiny hairs become positively charged. This is partly because of the friction of the air against the bee. When a positively charged bee lands on a flower, it attracts the negatively charged pollen grains. These grains then naturally stick to the bees’ hair.

It’s a whole world of wonder. And you’re probably wondering where the microplastic comes into play? Well, it’s not just pollen that the tiny hairs on bees collect and hold. These positively charged hairs also attract other matter. Traditionally this would have been bits of plant matter or dust, but it seems that bees are now also attracting airborne plastic. This plastic gets taken back to the hive, and consequently ends up in honey.

So What To Do About Microplastic In Food?

The probability is that microplastic is in the vast majority of the food that we eat and the things we drink. What’s more, it’s also in the air that we breathe. A study at Macquarie University in Sydney took samples of airborne dust from homes, where it was found that 40% of it was plastic. There’s simply no way to avoid microplastic.

Microplastic is a global problem that we as individuals alone can’t solve. What’s more, there isn’t one single solution to eliminating microplastic from the food we eat. Scientific American says that according to microplastic experts, in order to get a handle on our microplastic problem, the world needs to take three primary steps.

“In the short term society needs to significantly curtail unnecessary single-use plastic items such as water bottles, plastic shopping bags, straws, and utensils. In the medium term, governments need to strengthen garbage collection and recycling systems to prevent waste from leaking into the environment between the trash can and the landfill and to improve recycling rates. And in the long run, scientists need to devise ways to break plastic down into its most basic units, which can be rebuilt into new plastics or other materials.”

I would add a fourth primary step. That is that corporations need to reconsider their packaging and consider alternatives away from throwaway plastics as a matter of urgency. The worst plastic polluters include Coca-Cola, PepsiCo, Nestle, Danone, Proctor & Gamble, Unilever, and Colgate-Palmolive. These companies have a huge responsibility to curtail their plastic packaging and plastic usage.

Where Do We Begin?

In the interim, I think that instead of asking whether it is dangerous to eat apples or drink water or beer that contains microplastics, we should instead use this knowledge as a conversation starter. Discussing, as a society – including consumers, governments, scientists, and manufacturers – just how and when we should use various types of plastic materials feels like a good way forward. As a society, we can and must do better, and finding ways to turn the tap off on microplastics is imperative.