Is ethical clothing expensive though?  When you look at it on the surface, yes, ethical clothing is expensive.  This $120 dress (approximately £89 at time of writing), by Everlane, whose business model is based on ‘radical transparency’ (but apparently not THE most ethical of options), is pretty similar to this £12.90 dress from a company with a low ethical rating.  Why would you spend £76 more on a dress that’s pretty similar?  It’s hard to make the maths add up. 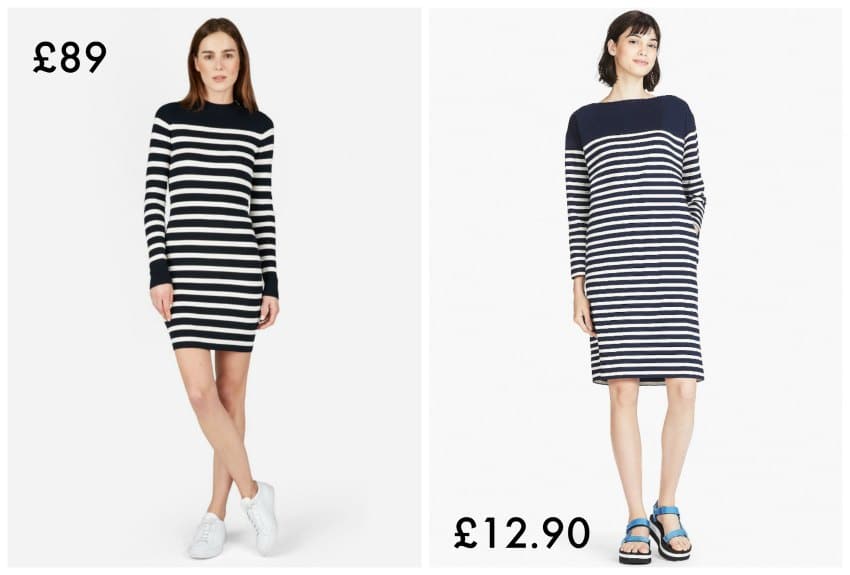 When you sit and think about that £12.90 dress though, you begin to think how manufacturers can possibly make a dress for £12.90, and still make a profit.  If you’ve ever tried to make your own clothing you’ll know it’s pretty tricky to make a dress for that amount of money.  By the time you’ve bought the fabric and the pattern, and the thread and any zips or buttons, and the electricity to power your sewing machine, you may well have reached or exceeded that amount, before even accounting for the cost of your own time.

What has actually happened with clothing is that since the 1980s, instead of rising in price in line with inflation, clothes prices have fallen and fallen to the point we’re at now where you get sites like everything5pounds.com – where every single item of clothing, including shoes, are just £5.

The reason for this outsourcing is that in the 1980s clothing manufacturers realised they could manufacture abroad, in places where they could pay workers considerably less, and where workers could work longer hours in poorer conditions.  This meant ultimately meant greater profits for manufacturers, and lower prices for consumers. 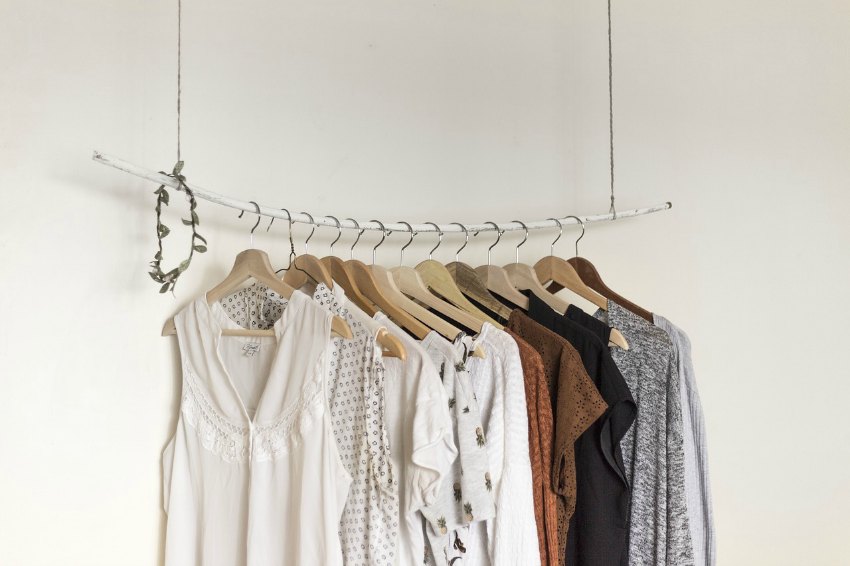 It’s also quite clear the impact that the mass production of clothing overseas has had on household spending.  I’ve again struggled to find UK statistics, but census data from the US shows that in the 1950’s households spent 12% of their annual income on clothing.  Fast forward to 2015, and it was reported that households spent just 3.5% of their annual income on clothing, even though Americans are buying more clothes than ever before.  The same article reports that in 1930, the average American woman owned nine outfits, whilst in 2015 that figure was 30 outfits – one for every day of the month.

So what’s the answer?  I’m not entirely sure.  We can’t suddenly turn the clock back 40 years.  And by suddenly removing manufacture from the countries that depend on clothing manufacture for the overseas market wouldn’t be good for those countries economies.  In 2014 the ready-made garment industry represented 81.13% of Bangladesh’s total export, and of the 4 million workers employed by this industry, 85% are illiterate women from rural villages.

I think part of the answer lies in our relationship with clothing.  Buying less; not buying into trends, and investing in quality timeless pieces are more than likely the way forward.   I’ve written in length about these aspects of consumerism – but in a nutshell ethical fashion isn’t expensive when you factor in the cost per wear of a quality made item, versus a poorly made fast fashion item of clothing that falls to bits after just a few wears.